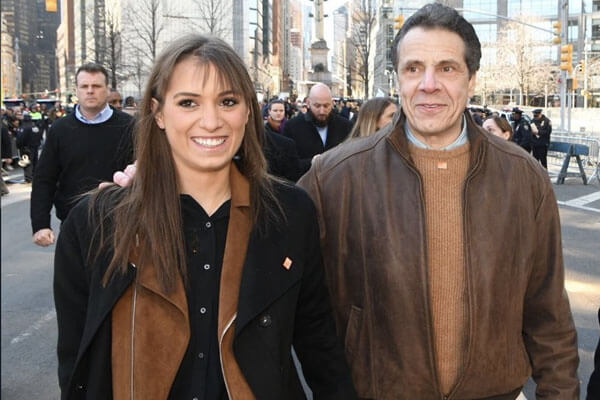 Mariah Cuomo is New York Governor Andrew Cuomo‘s daughter, born on January 11, 1995, along with her twin sister Cara Cuomo. Mariah and Cara have a younger sister, Michaela Cuomo. All three girls of Andrew were born to his ex-wife, Kerry Kennedy.

In 2017, Mariah Cuomo graduated from Brown University, which is also her sister Michaela’s alma mater. Mariah’s parents divorced in 2005, and they co-parent their children together. Andrew is a famous politician, whereas Kerry is a human rights activist as well as former US Senator Robert F. Kennedy‘s daughter.

Along with her siblings, Mariah is pursuing a successful career in her field. She puts herself in the forefront of political and social causes. According to her LinkedIn, she has worked in the political campaigns of Barack Obama, Elizabeth Warren, Joe Kennedy, and she helped her dad Andrew’s win the governor seat. As mentioned, Mariah is one of three kids of Andrew Cuomo.

Apart from that, the gorgeous Mariah also works as a digital strategist for Fortune 500 companies. One of her employers in Teneo Holdings LLC, where she is an associate. Similarly, Mariah also raises her voice in social causes, such as protesting against homophobia and rape culture.

Besides her professional career, Mariah is also a fashionable young woman. She attends lavish parties and high-profile celebrity events with her sisters, Cara and Michaela, and mother, Kerry.

Similarly, Mariah is a vocal supporter of justice and equality; she gets invitations to many rallies and demonstrations.

Also, being a former student at Brown University, Mariah contributed to her campus’ journal articles. Further, Mariah is possibly in a relationship with her alleged boyfriend Tellef Lundevall.

The name Mariah is of Hebrew origin, which means “the Lord is my teacher.”