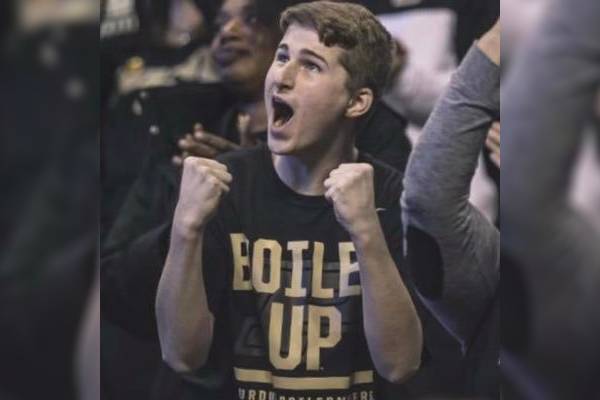 Born Matthew Curtis Painter, simply Matt Painter is the current head coach of the Purdue Boilermakers men’s basketball team. The talented sports personality started his coaching career immediately after graduating from Purdue University in 1993. Ever since then, he has served several teams as an assistant coach and head coach.

Talking about his personal life, the Indiana native has been married twice and is a doting dad of three amazing kids. Thus, in today’s article, get to know some interesting facts about Matt Painter’s son, Brayden Painter, including his mother and profession.

Is The First Baby Of The Head Coach

Brayden Painter was born to his mother, Kim Lei, and father, Matt Painter. Kim is the former partner of the Purdue men’s basketball head coach. However, the ex-pair were not married. Also, they haven’t shared the birth details of their only child. Additionally, the ex-couple hasn’t disclosed any information regarding their relationship, including how and when they met and the reason for their separation.

Happy Mother’s Day 2 the best mom in the Universe! Thank U 4 everything U have done 4 me & always being there 4 me. I wouldn’t be the man I am without U. U deserve the🌎! Love You 2 the🌙 & back. I appreciate that U are the person I can always count on no matter what!❤️@kimlei71 pic.twitter.com/1AJkP9g1ec

Brayden Painter’s mother is a graduate of Purdue University. In addition, she is also a huge fan of their basketball team. Furthermore, Brayden’s dad, Matt Painter’s first marriage was to Jerri Painter. They were together for a decade, from 2003 to 2013. Also, the former married duo has two babies together, Maggie Painter and Emma Painter.

After divorcing his first wife, the Painter siblings’ father again exchanged wedding vows with Sherry Painter in 2018. She has one daughter, Abby Plevin, and a son with her previous partner, Stephen Plevin. Thus, Matt Painter’s son has two half-sisters and two step-siblings.

Moreover, it must have been hard for Brayden as his parents lived separately. Hopefully, he grew up with a happy childhood and spent time with both of his parents. Additionally, the eldest Painter must be close with his half-sisters, Maggie and Emma.

Also Read: See How TCU Head Coach’s Son And Daughter Are Growing Up

According to his social media accounts, Brayden is the manager of the Purdue Men’s basketball team. He is also a graduate of Purdue uni. In addition, the handsome guy started working as a manager for his father’s team immediately after graduation. In a podcast with Kate Young, the head coach disclosed that his eldest gets very excited about working with the team.

The proud father further added that Brayden cheers for the team and is fanatical and very, very supportive. Also, the Purdue Boilermakers manager is a big fan and supporter of Purdue football. Overall, he seems to be a very passionate and devoted person. Let’s hope the coach’s only son enjoys a successful career in the coming days.

As reported by ZipRecruiter, a basketball manager makes $56,267 per year on average. Thus, Brayden might be earning around that range. As a result, Brayden Painter’s net worth must be a substantial amount. On the other hand, his dad, Matt Painter’s net worth is a massive sum that he earned primarily from his coaching job. So, let’s hope the father-son duo continues to garner more fortune in the coming days.

Is Brayden Dating Anyone?

The coach’s kid has now grown up to be a handsome man. He is also building his career in the collegiate basketball league. In contrast to his professional affairs, the manager has not shared much about his personal life. While he has not posted much on his Twitter account, his Instagram account is private. So, it’s hard to track down his dating affairs via social media. Nevertheless, the person who is or will be Brayden Painter’s girlfriend will be a lucky one.

Nonetheless, Matt Painter’s son seems to be doing well. He is passionate about sports and is building his career in it. We wish the cheerful guy a successful profession and a prosperous life ahead.

The name Brayden is of Irish origin and means Wise and Broad.