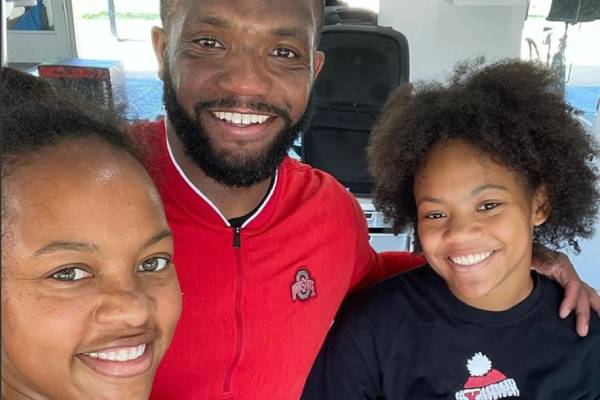 Whether you’re a football enthusiast or not, you’ve probably heard of Maurice Edward Clarett. From his professional accomplishment to his downfall, plenty of media outlets have widely covered his story. Unfortunately, while the press has thoroughly covered every aspect of his professional life, they have mostly neglected his personal life.

So, it is no surprise that many do not even know that he has a fiancee and two children. Therefore, in this article, we’ll learn about Maurice Clarett’s daughter, Jayden Clarett. Let us also see if Maurice has followed in her dad’s footsteps.

In 2006, Maurice Clarett and his then-girlfriend Ashley Evans welcomed their first child, Jayden Clarett. Regrettably, the time stamp following Jayden’s birth is far from fortuitous. She was just three weeks old when the police arrested her father on August 9, 2006.

Similarly, her parents were not at their best and were always at odds with one another. Furthermore, Jayden was only six when Maurice and Ashley got into an argument, which later turned physical.

Consequently, Maurice contacted the cops on his fiancee to not be cited for the probation violation. While the former football star did not press charges, he and his partner spent the first four months of 2013 in self-imposed separation.

Nonetheless, as the years have passed, Jayden’s parents have worked on their problems and are now focusing on providing the best for their daughter and son, who was born just recently. As a result, Maurice Clarett’s daughter is now pampered by her parents and lives a comfortable life with her sibling.

So, we wish the Clarett family well and hope that their happiness increases with time.

The world would have loved to see Clarett’s offspring follow in his footsteps. But, sadly, we cannot always get what we want. So, while Maurice Clarett’s baby girl might never step foot on the football field, she has already begun making a name in the modeling industry. First, at just two-and-a-half years, she won the Cutest Kid Contest. Following this, she was featured in a National Ad for Little Tikes Toys.

Moreover, Jayden also actively participates in the plays that her school organizes. Clarett’s parents also seem to be supportive of her choices and admire her talents. So, she may one day pursue a career in acting.

Well, there is no doubt that Maurice Clarett’s daughter will taste success if she ever does pursue acting as a profession. However, because she is still young, it is too early to predict what she may become in the future. Nonetheless, we wish her success and prosperity regardless of the path she chooses.

Father Has Been To Jail

Millions of people once regarded Maurice Clarett as one of the top professional running backs. The athlete was unquestionably a popular figure among football fans. However, it all ended when the police arrested and charged Jayden Clarett’s father with armed robbery and gun possession.

Nonetheless, the court released him on a $50,000 bond. After pleading not guilty, the court released Maurice on $20,000 bail until his trial. Unfortunately, after his attorneys, William Settina and Robert Krapenc filed a motion alleging that the athlete had not paid their fees.

The judge then upped his bond to $1.1 million. Following this, Clarett pled guilty, and the court sentenced him to seven and a half years in prison. However, he only spent three and a half years.

Clarett’s troubles do not end here as the police once again arrested him on suspicion of driving while intoxicated. To make matters worse, Clarett refused to take a blood-alcohol test. Consequently, the court sentenced the former player to 60 days in the Morrow County Correctional Facility and a $1,000 fine.

However, since then, he has committed no other misdoings, and the former football player is now leading a regular life as a motivational speaker and author. Similarly, Maurice Clarett’s daughter must be very proud of how far her father has come.

Well, let us hope that the former athlete continues on his path to goodness and makes his family proud.

While the consequences of his wrongdoings will permanently stain Maurice Clarett’s name, his fiance is also not free of criminal charges. In 2012, Maurice accused his baby mama of assaulting him. According to news outlets, Jayden Clarett’s mother bit her father on the wrist and chest. Furthermore, she also punched him in the face.

The court then charged Ashley with domestic violence and assault. However, whether or not Maurice’s fiancee paid for her actions is unknown. Still, seeing as though the couple is happily together, we can assume that the couple has put the things in the past to rest.

Nonetheless, the pair is yet to marry. But, going through the motivational speaker’s social media, it is evident that the duo is very much in love. So, their wedding day could be just around the corner.

For the time being, let us send our best wishes to Clarett, his wife, and their children and hope that their happiness lasts forever.

Jayden is a gender-neutral name that means thankful or precious stone.