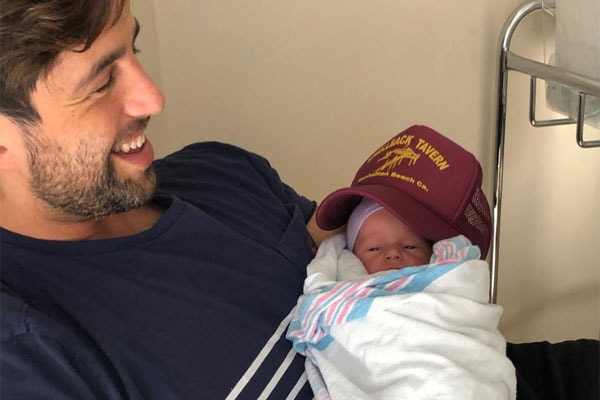 The actor and YouTuber, Josh Peck’s son, Max Milo Peck was born on December 29, 2018. Max Milo is the first child of Josh Peck whom he had with his wife Paige O’Brien.

Since Max Milo is the first child of both Josh and Paige, the couple was extremely delighted to welcome their son. Josh announced the arrival of his kid one day after he was born. Josh Peck´s wife Paige has shared photos on her Instagram account of baby Max wrapped in a brown blanket lying on a bed. And we have to admit that the little Max Milo looks adorable.

Bond Between Max Milo and His Father Josh Peck

Josh Peck had posted a picture of his son Max Milo wrapped in a white cloth sleeping onto his chest and stated how he almost fits in that hat. His smile in the photo shows that Josh is extremely overwhelmed with having a new member to his family chapter. Josh Peck’s son  Max MIlo seems to be having some problems as Josh has mentioned for some reason Max is not latching. However, his recent posts with Max Milo shows how much he loves spending time with his baby.

Before Max Milo came to his life, Josh often spent time with other babies. The comedian-actor, Josh seems to like kids a lot. Josh had joined a Dad training to be perfect for his baby. During the session, he uploaded photos of cute baby stating that he absolutely loves kids. Since he was expecting a baby soon, he wanted to give his son the best care. It probably may have helped him to care for his baby now. It looks like his dad training paid off.

The name Max is possibly the short form of Maximilian meaning greatest. As for Milo, it has a Germanic origin. It doesn’t have a specific meaning. It might be derived from the German mild which means peaceful and calm.

For more News and Entertainment keep in touch with eCelebrityMirror.