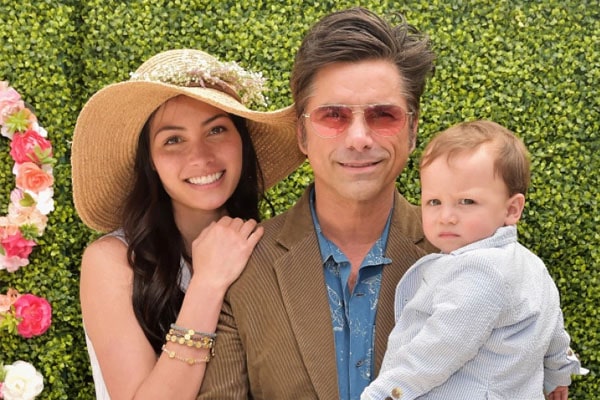 Love can happen just one time, can happen twice, but when it’s real, pure, and forgiving, no matter how much you deny it, love stays for a lifetime. Just how love flourished for John Stamos and Caitlin McHugh. They were with someone else in the past. However, their present is the one that is made out of their real love.  And the one that remarked the success of their passion is their son, Billy Stamos. John Stamos’ son with wife Caitlin McHugh, Billy Stamos, was born on April 10, 2018.

Luckily, Billy is healthy and growing up as a good-looking boy. The good-looking genes of handsome John and beautiful Caitlin have definitely been passed down to Billy.

Billy Stamos is the son of a famed celebrity couple. Billy’s father, John Stamos, is an American actor primarily known for his work in Full House. And Billy’s mother, Caitlin Mchugh, is a model and an actress known for starring in I am Legend. The Stamos-McHugh couple met back in 2011 while filming Law And Order: SUV and dated after four years of their first meet in 2015. Billy’s papa is a very romantic person as he proposed his then-girlfriend, Caitlin, in her favorite place, Disneyland, in 2017 and vowed to spend their life together in 2018.

The couple finally found their settlement, their world of happiness after being blessed with their first child, Billy Stamos.

Mistook His Father As Elvis Presley

Billy Stamos’ father, John Stamos, is a well-known actor, comedian, singer, and so many more. John has also performed in a band ‘The Beach Boys‘ and has excellent musical knowledge. Papa John is a huge fan of rockstar Elvis Presley, and son Billy is engraved by it, even confusing his father with the king of rock and roll Elvis Presley.

Billy Stamos is the prince of his parents, John Stamos and Caitlin McHugh. The family of three spends a lot of time together.

Named After His Grandfather

John Stamos named his son, Billy Stamos after his greek father, Bill Stamos. The son and father duo are the cutest duo, having a wonderful time with each other.

Despite being a busy actor, we can see that John spends valuable time with his son Billy and see him grow.

The couple has given birth to such an adorable baby; everyone has already fallen in love with Billy. Even as a baby, Billy is crushing everyone’s heart. Well, we can assume that he is going to be a showstopper in the future.

The name Billy is of English origin, meaning resolute protector.