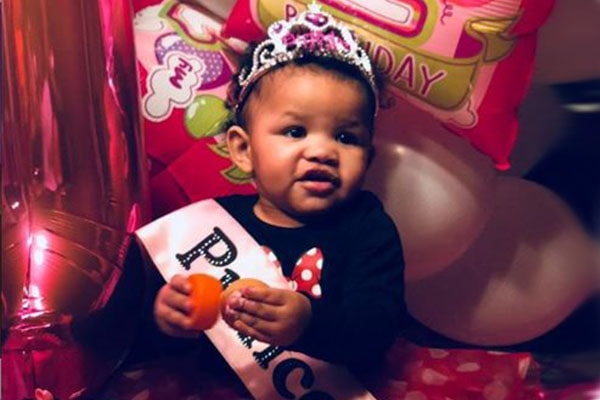 It is impossible to ignore the fact that Lloyd Banks has an adorable daughter if you know him. The rapper does not miss a chance to appreciate his daughter and post pictures of her in social media.

Christina Ryann Lloyde Is A Bundle Of Joy

The adorable daughter of Lloyd Banks knows how to entertain her loved ones. The beautiful Christina loves dressing like a fantasy princess. Her father Lloyd Banks loves posting pictures of her although he does not use social media so often.

Christina Ryann Lloyde likes spending time with her parents. In the videos clips available in Lloyd Banks’ Instagram, Christina is enjoying herself while playing ball with her father. She is also climbing on top of the Christmas present.

However, Lloyd Banks’ baby mama and Christina Ryann Lloyde’s mother appears in the pictures, but her identity is still a mystery.

The name Christina is a female name which has Greek and  Egyptian origin. The meaning of Christina is the one who follows Christ. The name is popular in French, English, German, Scandinavian, Dutch, Irish, and Scottish cultures.

Lloyd Banks’ daughter Christina’s middle name Ryan is an American modification to the classic Irish name Ryan. However, Ryan is a masculine name which has becomes a unisex name after adding an extra n to the end of Ryan ( Ryann). An extra n to Ryan, the name achieves a new level of femininity.

However, the name Ryan has come from the Irish clan name O’Riain. It is the descendant of  Rían with pronunciation as  Ree-an. As the name is formed from Irish-Gaelic elements, Ri means king and – an means little king. The name  Rían was given to imply a type of royal stature within the chiefdoms or clans.
Christina’s legal name is Lloyde which she got from her father’s side. Lloyde originated with a Welsh adjective Llwyd which means grey, brown-head, as well as grey-white.