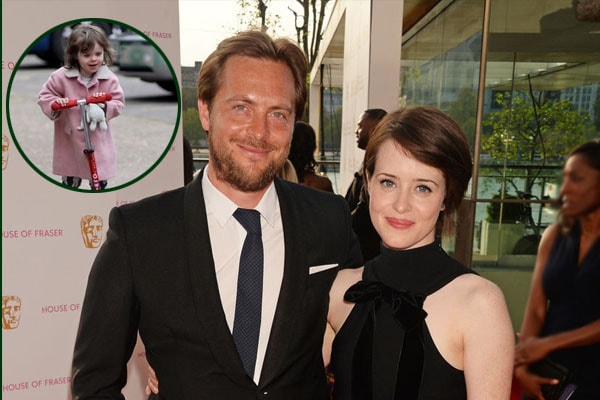 Ivy has no siblings yet and is the only baby daughter of her parents. Let us meet Ivy and get to know more of her.

Ivy Rose Moore Is the Only Child Of Her Parents

As of 2019, Stephen Campbell Moore’s daughter Ivy is the only child of her parents. She is born into a family of actors. As mentioned earlier, Foy, The Crown star gave birth to her daughter Ivy Rose in 2015, is co-parenting with her estranged husband, Stephen. Foy made a decision early on to make sure she remains active in her daughter’s life.

Although the exes are no longer together, Ivy’s mother told Net-A-Porter that she doesn’t approach parenting as a single mother:

“Very much co-parenting…It was always going to be like that, anyway, because I always wanted to go back to work. But there’s only one mum, and there’s only one dad…I love traveling, but I don’t want to be away from her. When she goes to school next September, that’s it. It’ll mean I’m London-bound.”

Often it can be too hard to find a supportive work environment after returning from maternity leave. However, Ivy was lucky enough as her mother told that her workmates on The Crown set were there for her.

Ivy’s mother is Hollywood’s famous, beautiful and one of the talented actress. Being an actress doesn’t come at a cheap price; hence, Foy had to undergo a drastic change for the role of Lisbeth Salander in  ‘The Girl in the Spider’s Web.’  Nevertheless, the change proved to be fatal for Claire Foy’s daughter Ivy as she wasn’t that much of a fan of her mother’s new short haircut.

Going through an interview with Entertainment Tonight, Foy revealed her daughter wasn’t much pleased with her new haircut. She added that mothers are often supposed to have long hair rather than plain undercuts.

Ivy is a female given name of Old English origin which gives the meaning of “fidelity.” Also, Ivy represents a climbing evergreen plant. Whereas, her middle name Rose is also a girl’s name which represents a fragrant flower.