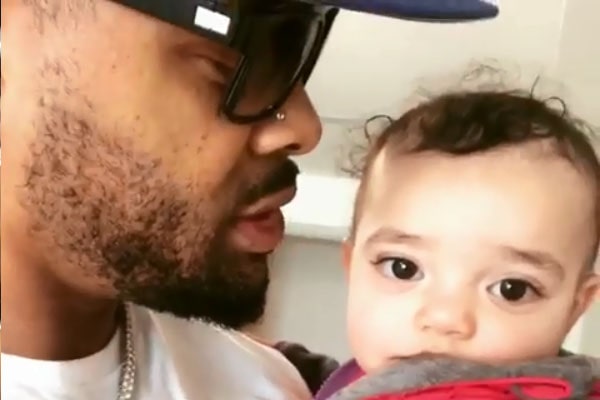 Andre Emmett’s Daughter, Kennedy Grace, was born on December 25, 2016. Andre’s precious daughter was born on a special day. The best Christmas gift one could get!

Kennedy also has a young sister, Zara who was born the following year. Big3 star and former NBA player Emmett loved his daughters dearly. He has posted lots of pictures and videos with his daughters in his Instagram. Emmett’s last Instagram post was on September 14, a video with his daughter Kennedy, playfully stopping her father to watch game on TV, saying ‘no football.’

Kennedy and Zara’s daddy Andre Emmett Is No More

Emmett was shot dead on early Monday Morning, September 23, 2019, by two men who approached Andre while he was in his car outside of his Dallas home. Soon, the men had argument with Andre and fired shots at him. The men ran away immediately and are still out of police custody.

A man walking near by Emmett’s home spotted his body on the ground and informed the police. Andre was pronounced dead after he was taken to the hospital.

Kennedy and Zara’s dad Andre Emmett’s death is under investigation as homicide.

Kennedy Loved to Hang Out With Daddy

Andre was a great daddy. So it is obvious that his daughters loved to hang out with him. Kennedy loved to go and watch basketball and football games with her daddy and sister Zara.

This video and photo was taken and posted in August 2019, a month before Emmett’s death where he and his daughters had lots of fun together. Andre’s gorgeous girls were wearing Jersey tees with their daddy Emmett’s name and number on them.

Kennedy Grace is really very cute and adorable. She loves to look and play with phones, acts like she is calling her Gigi (her grandma). And most of all, she looks just like her father. Everyone who knows her calls Kennedy as her dad’s twin and, so did Emmett. We know how glad and happy he was to be father of a new new baby, Kennedy as he has expressed in his Instagram post.

In Andre’s posts, there are also cute videos taken by his baby mama. However, it seems that Kennedy and Zara’a mom doesn’t want to be known in public. Andre Emmett’s girlfriend or partner seems to be together and in good terms as she is seen taking videos with her daughters in Emmett’s game. And she also sends cute videos to him which he posts in his Instagram. Along with that, Emmett is seen and has mentioned in his posts that he is hanging with his daughter in their mama’s house.

😂 😂 😂Good morning… Her mom sent this and this is how she comes down stairs to start her day lol. I’m doonnnnee lol

Kennedy is an Irish Origin name, ‘Cinnéidigh’, the meaning of which is helmeted chief. The name Kennedy is popular for both girls and boys starting with letter k, after heroes like President John F. Kennedy. And Grace is the word from Latin Origin with meaning ‘goodness and generosity’.

Have a look at cute Kennedy’s pics: 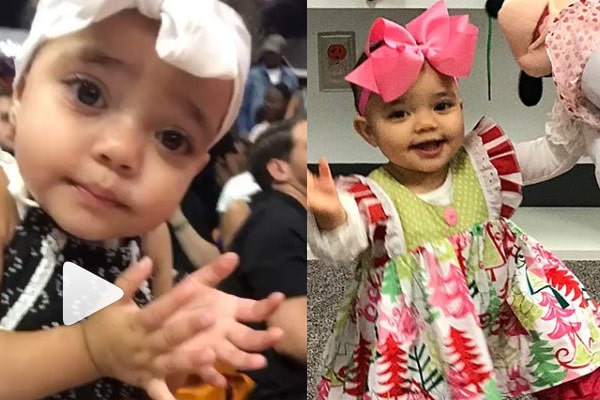 Explore more only in Ecelebrity Mirror for more celebrity babies and entertainment updates.