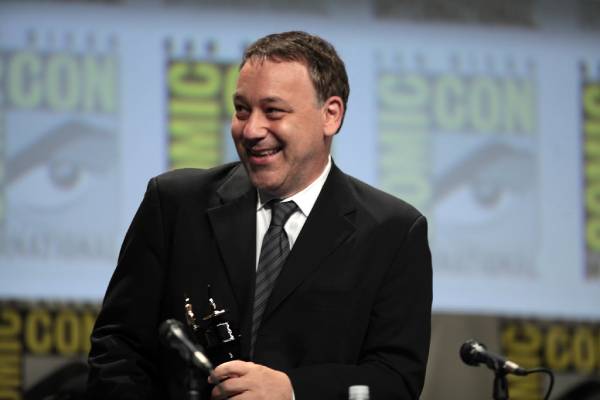 Samuel M. Raimi, also known as Sam Raimi, is a highly inventive director, producer, screenwriter, and actor. Moreover, he is renowned in supernatural, thriller, and horror movies. His works are most popular, particularly for their vigorous visual style. The director’s most well-known works are Evil Dead, Spider-Man trilogy, and Darkman.

Has Been Married For Almost Three Decades

Sam Raimi shares a blissful life with Gillian Greene, a film director, producer, and actor. Gillian is the daughter of Lorne Greene, a veteran actor and radio personality, and his wife, Nancy Deale.

The couple must have met because of their same career path and fallen in love. It has been almost three decades, and the pair must have shared their shares of ups and downs, but they have created a stable relationship and a happy family of seven.

Sam Raimi Is A Proud Father of Five

Aforementioned, Sam and his wife Gillian have welcomed five children together and established their marriage as a successful one. In addition to that, all of their children are grown up now and some of them are already following in their parent’s footsteps.

The couple has not clearly mentioned who their first child is. But all together they have one daughter, Emma Rose Raimi, and four sons, Lorne Raimi, Henry Raimi, Dashiell William Raimi, and Schooley Raimi. So, let’s find out what Sam Raimi’s children are doing now.

Emma Is Sam Raimi’s Only Daughter

Emma Raimi is the only daughter of Sam Raimi and his wife, Gillian Greene. Her birth details are nowhere to be found; however, she attended Crossroad School for Art and Science (2010-2017) and graduated from Northwestern University with a Bachelor of Arts in Theatre in 2021. Likewise, she is doing her internship at Action Now, a social justice organization serving Chicago since Apr 2021.

Previously, she has served as a Design Supervisor at Lipstick Theatre, an Art Director at Voyeur Theatre Collective, a Teaching Assistant at Purple Crayon Player, and a part-time Barista at Brewbike. Likewise, she has many experiences as an intern including an internship at Women without Boundary (WwB) and an event planning internship at Circle-Platform for Art and Culture. Similarly, she has done volunteering for a charity event for a hand-in-hand supporting program for young adults with special needs at Malibu Jewish Centre and Synagogue while she was still a student.

Sam Raimi’s daughter, Emma is already establishing herself as an actress, director, and writer in the film industry. She is best known for her role as Laila in Happy Pills (2021) and Emma in Spider-Man 3 (2007). In addition to that, she has appeared as an extra character in many movies with a total of 8 credits.

Furthermore, she also has credit for writing, directing, and producing in the TV series, Cured (2022). In addition to that, on her Instagram bio, she has mentioned a production company with the name Don’t Watch This. Looking at how she is moving forward with her career, it seems like Sam’s little girl will achieve great things ahead. Let’s hope we will be able to see more of her movie and works.

Lorne Raimi Has Got Acting Credits

Likewise, Sam Raimi’s son, Lorne Raimi also seems to be interested in the film industry. He appeared as an extra in Spider-man 3 and Drag Me to Hell. Besides having some acting credits Lorne also has three credits as a director including The Playful Coach (2013). He is also the writer and editor for the short film.

Unlike his sister Emma, Lorne is not active on social media and remains private about his personal life. It seems like he is currently focused on his career and goals. We wish him good luck with his career and life.

Will Sam Raimi’s Other Children Follow The Same Path?

Well, Henry Raimi already seems to be following the same path as his parents and siblings. He too has played as an extra in Spider-man 3 and Drag Me to Hell. It may be because of director Sam’s influence that his three children have already been following in his footsteps. Let’s hope all of them will achieve even more success than their father.

Meanwhile, two of Sam Raimi’s sons, Dashiell William Raimi and Schooley Raimi are still far from the spotlight. They must be focusing on their education and personality development for now.

Well, when the time comes, we will surely be able to know more about Sam Raimi’s children.

Lorne means Fox and it can be traced to English origin.

Henry is the name of Old German origin which means “Power Ruler.”

Dashiell is a name given to a boy of French origin and means “Page Boy.” While William means “Strong-Willed Warrior.”

Schooley is of English origin that means someone living on low-lying land with a hut.