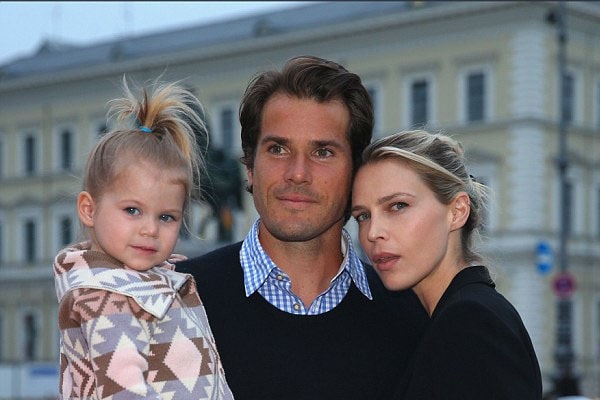 Tommy Haas‘ daughter Valentina Haas was born on November 15, 2010. Tommy had Valentina together with his wife Sara Michael Foster.

Valentina’s parents, Tommy and Sara tied their wedding knot in 2010. Valentina also has a younger sister named Josephine Haas who is 5 years younger than her. Her father Tom is a former Tennis player and her mother Sara is an American actor.

Valentina Enjoys Her Time Being With Her Family

It is quite obvious that every child wants to spend most of their time being with their parents. The 8-year-old Valentina has a very close relationship with her parents. She loves to enjoy and travel with her family.

As we know that sisters are like best friends and they stick together. Similarly, Valentina and her cute little sister Josephine are very close to each other. As in her father’s Instagram, we can see the sisters-duo enjoying together doing skating, swimming and other fun filled activites.

Valentina also seems to be close with Gigi Hadid, her step-aunt.

Valentina is a young kid and loves to watch her father playing tennis. The cute Valentina has been a strength to her father and that’s the reason why Tom had been playing for so long. Tom seems to be very confident whenever his daughter Valentina cheers from the stand. Soon after, he pushed hard to place himself under the top 10 positions.

Valentina’s father has defeated many known players including, Roger Federer, and Novak Djokovic.

Furthermore, Valentina has also appeared in some of the events and interview along with her parents.

Although Valentina Haas has gained popularity as a celebrity kid, her age is not perfect to begin a career professionally. Now only time will tell us which career Valentina will chose in the coming days.

The name Valentina is a Feminine Form of the Roman Name which means ‘healthy, strong’.