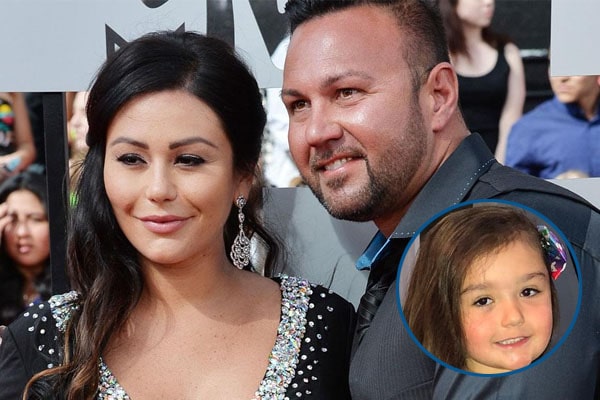 Jenni Farley aka Jenni JWoww’s daughter Meilani Alexandra Mathews was born on July 13, 2014. Jenni had Meilani together with her ex-partner Roger Mathews. Meilani also has a younger brother named Greyson Valor who was born in 2016. Her father Roger is a businessman and her mother Jenni is an American TV personality.

Meilani’s parents Jenni and Roger tied their wedding knot on October 18, 2015. However, the former couple settled their differences and got divorced in September 2018. As for now, Meilani’s mother Jenni is currently dating Zack Carpinello who is a professional wrestler. Likewise, Roger is currently single and living his life with his daughter, Meilani and son Greyson.

It is quite a big deal for a 3-year-girl to have a social media account these days. Young Meilani has her own Instagram account ‘meilanimathews’ but it is run by her parents. The ex-pair used to upload cute and lovely photos of Meilani to keep their fans updated.

Not only her mom, but she is also close to her father, Roger as well. The father-daughter duo often shares photos enjoying each moment together.

Meilani loves to enjoy and spend time with her parents. She is mostly seen with her younger brother, Greyson. However, looking at their loving relationship with her parents we can assume that she is very close with them. Meilani and her mother had always been close. Her dad Roger was been absent early on, so the young Meilani is expected to be her mom’s listener.

It seems like just yesterday when Meilani was born. But now by the looks of her photos on her Instagram, we can assume that baby girl Meilani is growing up well.

Even after being separated from each other, the ex-couples still are loving parents to their children which shows how much they love their kids.

The name Meilani is a Hawaiian origin that gives the meaning of  ‘Heavenly Flower’.