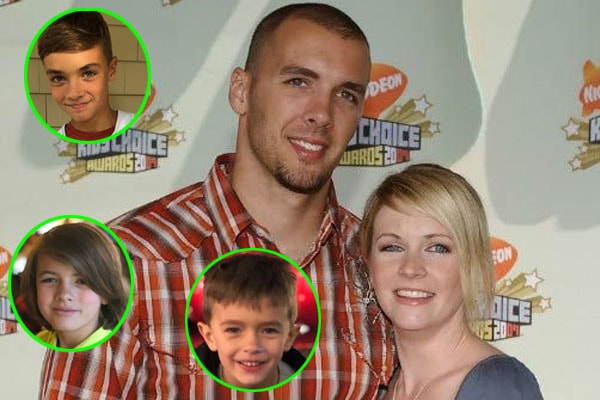 Melissa Joan Hart Is A Happy Mother Of Three

Melissa Joan Hart and her husband Mark Wilkerson are blessed with three handsome sons. The couple cannot be any happier with the joy that their three sons have brought in their lives. All of the three boys are growing healthy with the abundant love and care of their parents Melissa and Mark.

Melissa, the mother of three, can be seen happy around her three sons. She is one of the celebrity mom who is proud to share whatever little things that her kids do. She has her Instagram wall full of the cute pictures and videos of her boys. Melissa makes sure to update the fans with every fun moment that the Wilkerson family has.

The gorgeous Melissa Joan Hart’s sons find joy in reading books and playing with the neighborhood kids. She shared with People that her kids are not into gadgets and electronics and they enjoy their time playing with each other. Mason, Braydon, and Tucker also don’t like sodas, and their mother is proud of that.

The Wilkerson boys are luckiest to have such lovely parents who have been cherishing them in everything they do. The most precious things that children can get from their parents is their time and love which Melissa and Mark have given to their children in every way possible.

Mason Walter Wilkerson- Mason is a name for a boy. It means one who works with stone. The name Walter’s Germanic meaning is the ruler of the army.

Braydon Hart Wilkerson- The name Braydon is originated from English surname Braden which means from Bradden, a dweller near the broad valley.

Tucker McFadden Wilkerson- Tucker is a transferred name from an English surname which means cloth-softener.