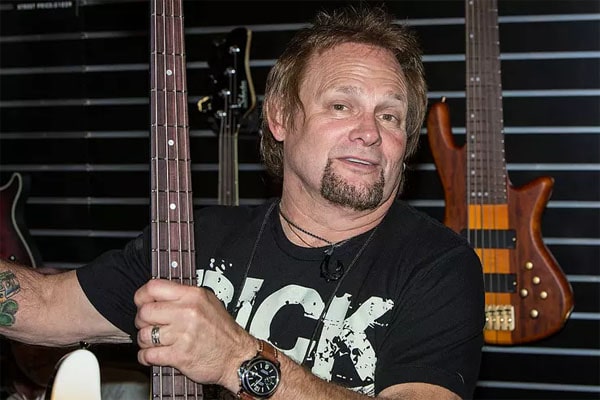 The bassist and backing vocalist of the rock bands, Chickenfoot and the Circle, Michael Anthony Sobolewski, aka Michael Anthony, made a successful career as a musician and was able to gather lucrative popularity as well as net worth. Peeking at his married life, Michael married his lovely wife, Susan Hendry, in 1981.

Michael Anthony and his wife, Susan, are the parents to their beautiful daughters, Elisha Sobolewski and Taylor Sobolewski. Well, the couple has not thoroughly introduced their two daughters to the showbiz industry. So, it turns out as if Michael and his wife are very protective of their children and wanted their life to be a subtle and low-profile one. As for Michael Anthony’s daughters, let’s take a closer look down below.

Well, Elisha Sobolewski is Michael Anthony’s first daughter with his wife, Susan Hendry. She was born in 1985 and has a younger sister, Taylor Sobolewski. Michael had been protecting Elisha and her sister from the limelight and public eye during their childhood. But now, he has been the one to post Elisha’s photos on his Instagram account more often.

Michael Anthony’s daughter, Elisha, is a married woman, and her husband’s name is Billy Becerra. Elisha’s husband, Billy, is a marathon runner and has certainly participated in lots of marathons and triathlons. The love birds were blessed with three children; Nina Becerra, Billie Ray Becerra, and Rex Michael Becerra. However, it was unfortunate for the couple to lose their son, Rex Michael, to congenital heart disease at just two weeks old.

The loss of a small child hardly hit the family, so they raised donations for the Children’s Hospital LA for the doctors to give the best to save young ones’ lives. She also participated in the third “Walk and Play LA” at the LA Memorial Coliseum to support Children’s Hospital, Los Angeles. Elisha’s spouse swam, ran, and rode the bike, a total of 140.6 miles in honor of his son in Ironman Triathlon.

The couple really misses their son. But life is not a journey to stick around, so they are taking care of their other children with lots of love. We wish loads of happiness to Elisha Sobolewski and her family.

Taylor Sobolewski And Her Subtle Life

Gorgeous Taylor Sobolewski is not so familiar with the celebrity life as she has been completely living a low-key life. She was born in 1992, and her parents were probably cheerful with her entrance to the world. Elisha Sobolewski is her elder sister, and the sisters really get along with each other. She doesn’t look like the ones who love social media presence.

Taylor’s dad often posts photos of beautiful Taylor and his family going to cruise, concerts, and holiday vacations. She even loves to hang out with her adorable nieces as well. Taylor is insanely close to her parents, and they are her go-to buddies.

Similarly, the details regarding whether or not if Michael Anthony’s daughter, Taylor Sobolewski is married or single, is still under the curtains.

Elisha Sobolewski – According to the Hebrew Origin, Elisha derived from the word Elishu’a, meaning ‘my God is salvation.’

Taylor Sobolewski – Taylor is an English name that refers to ‘cutter of the cloth; one who alters garments.’