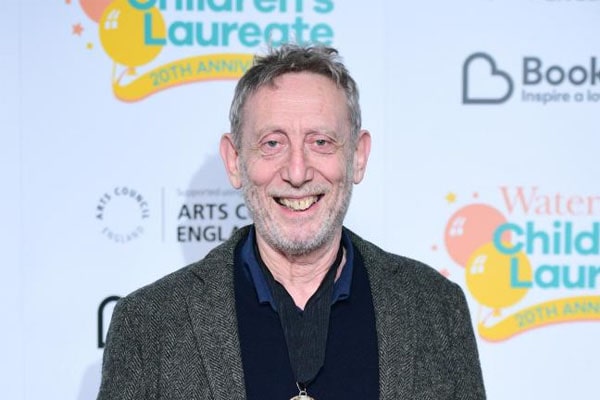 Michael Wayne Rosen is an English children’s novelist, poet, and author and was born on May 7, 1946, in Middlesex, England. The novelist served as Children’s Laureate from June 2007 to June 2009. Not only that, but he has also been a TV presenter and a political columnist. He gained promising name and fame from his career.

Well, as for his personal life, Michael Rosen has been married three times in which Geraldine Clark and Elizabeth Susanna Steele are his two ex-wives. As of now, he is living a married life with his wife, Emma-Louise Williams. He is also a proud father of five children. You may be concerned about what Michael Rosen’s children are doing at the moment. So, let’s get straight down to know about them:

Joe Rosen is Michael Rosen’s eldest son and was born in 1976. As the eldest son, he has three siblings; Elise Rosen, Isaac Rosen, and Emile Rosen. Sadly Joe’s younger brother, Eddie Rosen, passed away in 1999 due to meningitis. As the titles give it all, he is a short film director, producer, and writer.

Joe Rosen also gives a hand for filming most of his dad’s poems and story videos on YouTube. Michael Rosen’s YouTube channel has over 390k subscribers which is pretty massive. He seems to get paid good amounts from his dad or perhaps the father-son duo are partners. Joe Rosen’s net worth is probably a promising one.

Therefore, Joe Rosen has been able to settle his career. Michael Rosen must be proud of his son and happy to work with him.

Eddie Rosen Died In 1999 Due To Meningitis

Michael Rosen’s second son, Eddie Rosen was born in 1980. However, he died at the age of 18 in 1999 from meningitis. It was a big shock for the Rosen family, and they had to go through some rough times. Since then, Michael Rosen has been an advocate for meningitis research and awareness. Eddie’s death gave Michael the courage to write what happened down. He even tweeted about his son on April 26, 2019.

Twenty years ago today at 6 in the morning, I found my lovely boy Eddie dead in bed from meningitis. For all our family and all who knew him from school, hockey, crew-work in the theatre, and elsewhere, best wishes and “Long life!”

The novelist even wrote a book called ‘Sad Book’ in 2004, which was based on his deceased son. If you are interested in reading the book, you can buy the Hardcover-edition for $14.76 and Paperback one for $6.56 on Amazon. Nevertheless, Michael Rosen and his family still miss Eddie Rosen.

Elsie, Isaac and Emile Rosen, With Their Subtle Life

Michael Rosen’s son and two daughters, Isaac, Elsie, and Emile Rosen are seemingly living a subtle and low-key life. None of the information has been revealed about them and they possibly are happy with the life they are pursuing. According to Wikipedia, two of Michael Rosen’s children are living with him and his wife, Emma-Louise Williams.

It will be a hassle to give a guess, but Michael Rosen loves all of his children equally. The Rosen family certainly does gatherings, celebrations, and enjoys family time. Even though Isaac, Elsie, and Emile are unknown to the media and public, they are probably happy to live a subtle life.

Eddie Rosen – Eddie is an English baby name, which means ‘rich in friendship.’

Joe Rosen – The name Joe came from English origin that refers to ‘God will increase.’

Elsie Rosen – The meaning of the name Elsie is ‘my god is bountiful’ according to the Scottish origin.

Isaac Rosen – Isaac came from the Hebrew name, Yitzchaq, meaning ‘he will laugh, he will rejoice.’

Emile Rosen – It is of French origin, and the meaning of Emile is ‘to strive or to excel.’