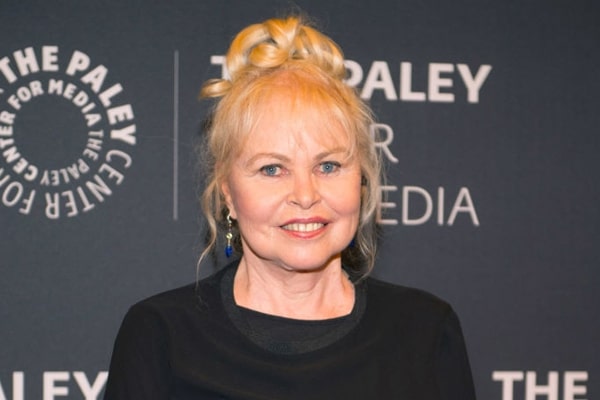 Michelle Phillips is an American singer, actress, and former model born on June 4, 1944. The gorgeous actress, Phillips’ prominence, rose as a vocalist in the musical quartet The Mamas and the Papas in the mid-60s. Furthermore, she established herself as an accomplished actress in film and television in the 70s.

Besides being a critically acclaimed actress, Michelle Phillips is a kind-hearted person and a loving mother. The Congo actress was married thrice and was gifted with three beautiful children. She is a genuine soul and a helpful person who also went on to adopt her son, Austin’s friend, Aron Wilson, sometimes in the late-80s.

Aforementioned, Michelle Phillips, took in her son, Austin Hines’ friend, Aron Wilson, in the late 80s. She legally adopted Aron when his mother became unable to provide for him. Aron was 14 years old when he was adopted.

Michelle Phillips raised Aron and biological son, Austin Hines, with her then-partner, Geoffrey Tozer. Most of Aron’s childhood is wrapped; mainly because there was no Instagram, secondly, mama Phillips is a very intuitive mother.

Although there is not much about their childhood, Michelle Phillips provided and cared for her adopted son. However, Phillips’ son, Aron, was seen in multiple events alongside Austin.

Other than that, we have nothing about Michelle Phillips’ son, Aron Wilson.

Fame is sometimes too overwhelming. But in a family that has a golden musical prestige yet tarnished media reputation, Michelle Phillips’ son was to be the face and intense talk of the town.

According to Aron Wilson’s IMDb, he appeared on a tv series documentary, Intimate Portraits, in 2002. Other than that, he is enjoying a private life with his family.

Let’s hope we will be hearing more about Michelle Phillips’ son, Aron Wilson in the coming days.

Regardless of Phillips’ adoptive son, Aron’s absence in the entertainment world, Michelle Phillips’ other children are a known face in Hollywood.

Wilson’s adoptive half-sister, Chynna Phillips, is a skilled performer. Born to John Phillips and Michelle Phillips, she was a member of the vocal group, Wilson Phillips. Similarly, she married William Baldwin in 1995 and became a mother of three.

Besides singing and being a mother, Aron Wilson’s half-sister has twenty acting credits, which include Danny Phantom, Bye Bye Birdie, Roxanne: The Prize Pulitzer, Traveling Man, The Comeback, The Invisible Kid, etc.

Similarly, Aron Williams’ half-brother, Austin Hines, is pretty famous too. Born to Michelle Phillips and Grainger Hines, he has appeared in a handful of movies such as The Mill, The Wounded, and, Intimate Portrait.

The name Aron is of Hebrew origin which means “mountaineer”, or “mount of strength. ”