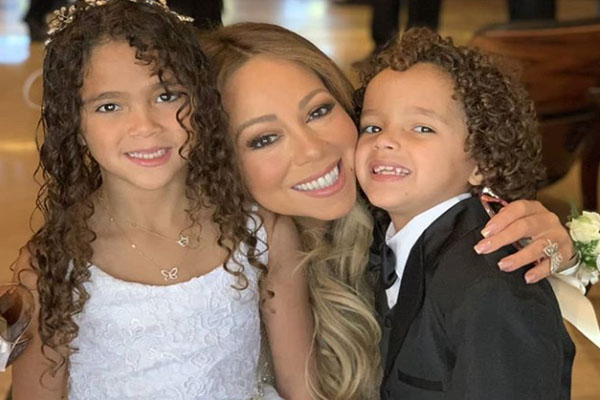 Mariah and her ex-husband Nick Cannon celebrated their wedding anniversaries on 30th April in a very impressive way. On that special day, the couple welcomed their fraternal twins.

Many babies have been named after celebrities whom parents are a fan of. Some stars also pick their babies name after their idol. Mariah Carey has been a huge fan of Marilyn Monroe for a long time. So she did the same thing. She picked her daughter’s name Monroe Cannon after her favorite movie star. Mariah calls her kids “Dem Babies.”

Monroe Have Performed With Her Mother

Both Mariah and her kids seem to like singing and the kids especially love to sing along with their mother on several stages. The singer stated that her kids made her day more festive and memorable.  The twin of Monroe and Moroccan have also appeared in Shanghai Tour and shared the stage singing one of their mother Mariah’s songs. Last Halloween party, the family had been to Osaka together.

The 48-year-old singer gives the sneak peek of her kids on several occasions. Monroe and Moroccan have been practicing background vocals out on her hit song “All I Want For Christmas Is You.” It looks like Mariah has already enlisted her two kids as a backup singer. The adorable kids have inherited their mother’s musical talent. Looking at Monroe’s few performances with her mother, it seems like she is already following her mother’s step.

Even though Nick Cannon and Mariah Carey are no more together, Monroe and her twin brother have been visiting Nick’s house every Sunday. Nick shared his happiness by stating that the twins are helping their younger brother, Golden Cannon to walk. The kids seem to get along well.

Monroe is a Scottish surname. It means “the mouth of Roe” in Gaelic.