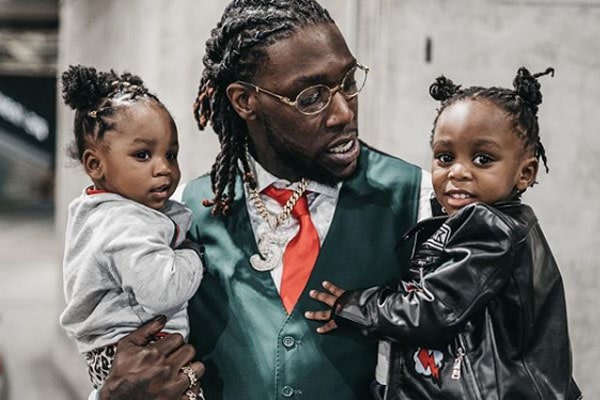 Montrezl Harrell is the father to his adorable children, Amari and Alyeisha. Image Source: trezz24/Instagram.

Montrezl Harrell is an American basketball player for the LA Clippers, who has made a considerable fortune in his career. Well, going through his personal life, he is a father of two children, son, Amari, and daughter, Alyeshia. He had his children with his baby mama. However, the basketball player has not revealed anything about his baby mama.

Similarly, the NBA star is probably doing a great job as a father to them and is enjoying every moment with his son and daughter. Now, let’s not waste any time and know more about Montrezl Harrell’s daughter and son.

Often Posts Photos Of His Children On Social Media

The LA Clippers star, Montrezl Harrell takes to his social media accounts like Instagram and Twitter to post his babies’ photos. Not only has he been an incredible basketball player but also an amazing dad to his son and daughter.

Montrezl Harrell’s son, Amari aka ‘Lil’ Trez’ was born in March 2017 and has a small sister who is his playing partner. He said that the birth of his son, Amari, was definitely something great to experience. He named him Amari as Amari means miracle. Since Harrell’s son was a miracle and a blessing, he named him ‘Amari.’

Going through Montrezl Harrell’s Instagram, he shared multiple photos of Amari and wished him on his 3rd birthday in 2020. It looks as if Harrell’s son is the exact mini-version of himself.

Talking about Montrezl Harrell’s daughter, Alyeshia, she is the youngest in the family and was born in 2018. Trez has been a responsible and loving parent to his children because he is always by his kids’ side. He brings his kids to the games and interviews too. Well, Trez’s daughter falling asleep during an interview is the cutest and hilarious thing you’d probably see.

As a father, Montrezl Harrell is doing everything he can just to make the most in his children’s life. Trez also said that it was the “best feeling in the world” to see his adorable kids walk up to him after work saying ‘Daddy.”

Nevertheless, Montrezl Harrell has been a great and responsible dad to his son and daughter in a nutshell. He hasn’t left a spot to bring the smile on their faces.

Who Is Montrezl Harrell’s Baby Mama?

As for Montrezl Harrell’s baby mama, she has been a kind of mystery woman. It probably looks like The NBA baller doesn’t want to create a fuss in the media. Perhaps he is fine with how things are going on in his life at the moment.

Similarly, Harrell’s children’s baby mama might be living a very low-profile and subtle life. She must be very good at keeping things secret.

Anyways, it gives us a hint that the LA Clippers star, Montrezl Harrell is the man of privacy and secrecy. He has made sure to keep his love-life and relationships far away from all the paparazzi. We can say the Harrell is pretty much enjoying his awesome life with adorable kids,  Amari and Alyeshia.

Amari – According to an African origin, Amari’s meaning is ‘strength, miracle.’

Alyeshia- The name, Alyeshia could be derived from of Alicia meaning noble