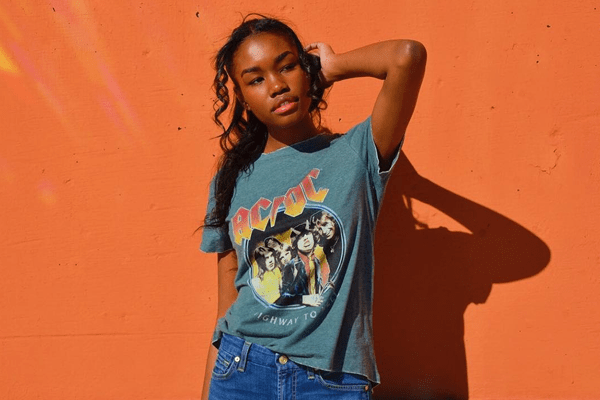 American actor Morris Chestnut has carved out a nice reputation for himself in Hollywood. He is one of the recognizable faces in the industry and has starred in numerous movies and TV series’ over the years, with his most notable works being Fox TV series Rosewood and the movie Boyz N The Hood. And now it seems that his daughter Paige Chestnut is following her father’s footsteps by trying to make it in the entertainment business through modeling.

19-year-old Paige starting her modeling career comes as no surprise considering how good her body is. Her tall and slim body is ideal for modeling, and her good looks compliment her body perfectly. Her dark skin and perfectly balanced face help her stand out from other models. Add to that some added emphasis on her due to being Morris Chestnut’s daughter; it seems as if she is set to be a star in the future.

With her skills and reputation, Paige has already embarked on a modeling journey. She appears on runways along with in commercials as well as printouts. She has walked on the ramp on occasions such as the LA Fashion Week. Morris Chestnut’s Daughter Paige walked on the ramp sporting designer clothes from the likes of Michael NGO and Marisa P. Clark. She looked stunning in those dresses as she was walking on the ramp.

In addition to walking on the ramp, Morris’ daughter also appears in many commercials and print-outs. She is an all-round model, who despite being in the early stages of her career, is making a lot of progress. It won’t be long before Paige becomes a renowned model, making a name for herself all over the world.

The name Paige is used for both male and female names. It is of Latin origin meaning a ‘young helper’ or a ‘young child’.