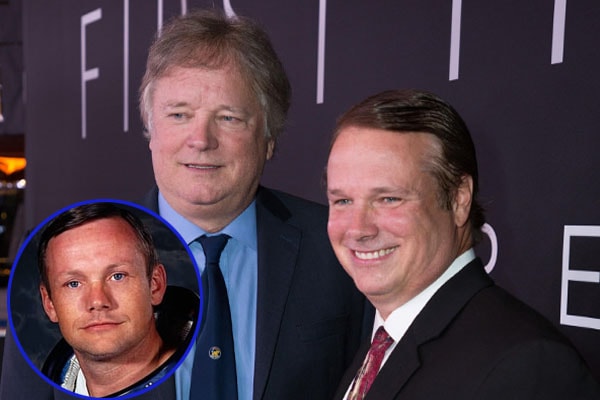 Every one of us knows Neil Armstrong was the first man to land on the moon. He was probably the only astronaut ever that had been the media sensation throughout his journey. Well, we have no doubt how his children come into the media spotlight. His children are over fifty now and they are in the USA with their wife and kids. Neil Armstrong’s sons are a software engineer; they probably might be a software teacher or software developer.

Well, Neil Armstrong had three children including two sons. He married Janet Shearon on January 28, 1956. Soon, the couple welcomed a son, Eric Armstrong in1957, and after two years, a daughter named Karen Armstrong was born. Right after the following year, Neil had their third child, Mark Armstrong in 1963. Neil who was the hero of all the time died on August 25, 2012. And his first wife, Janet died in 2018 at the age of 84.

Karen was born on April 13, 1959, who was the only daughter of Neil and his ex-wife, Janet.  Unfortunately, she died of a brain tumor on January 28, 1962. She also had caught pneumonia which deteriorated her health. There is a scene in the movie The First Man depicting how Neil Armstrong left his daughter Karen’s bracelet in the moon.

Well, it has not been confirmed whether or not Neil leave such an important thing in the moon of his daughter.

There is not much information about Eric and Mark on social media as they tend to stay away from it. But what we know is that both of Neil Armstrong’s sons are software engineers.

From the spacefest, we came to know that Neil Armstrong’s son, Rick is a software developer/consultant and a part-time musician. He lives in the Cincinnati OH area with his three children. Even Mark shares three kids. No details about their children have been released yet. However, we got a rare glimpse of them during the unveiling of the Astronaut Training Monument in Húsavík.

However, Neil’s two sons came into limelight when the movie based on their dad, The First Man was released in October 2018. It is the biography of Neil Armstrong in which they have also been featured. They had been working for this movie for almost two years before the release; they were consulted for the script and they helped in making the movie as accurate as possible. Ryan Gosling has played the role of Neil Armstrong in the movie.

This movie tells a lot of things about Eric and Mark. Having their father to leave for the moon was a devastating feeling for their family especially their mom, late Janet. The brothers shared that they didn’t take those moon-things seriously as it actually was because they were small and innocent. They thought that it was a business flight.

However, as their journey got unfold on live-screen, they understood how hard it was for their mom who took the best care of them. Neil Armstrong’s sons praise their mother as another hero of their life.

Eric is a Norse (Scandinavian) baby name which denotes the eternal ruler. The name Mark is derived from old Latin “Mart-kos”, which means  “consecrated to the god Mars.”