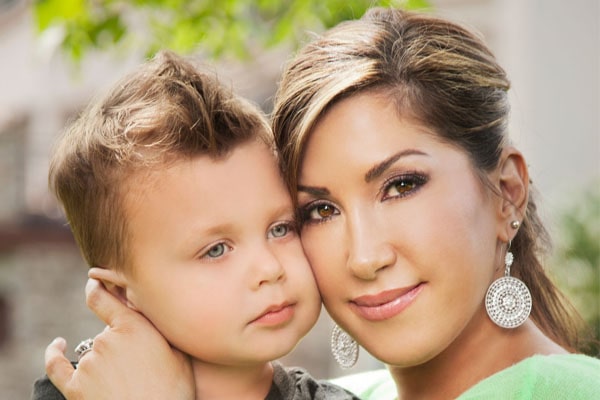 Jacqueline Laurita‘s son Nicholas Francis Laurita was born on June 11, 2009. Besides Nicholas, Jacqueline has two other kids, Ashley Holmes and Christopher Laurita. Nicholas is her youngest son with husband, Chris.

Talking about Nicholas’ parents, his mom is a well-known television actress. On the other hand, his dad Chris Laurita is a kind of reality star, as he has appeared along with his wife on the show, The Real Housewives of New Jersey. Speaking of Jacqueline and Chris, they got married back on 11 May 2002. They together share two children. Let’s know more about their youngest son Nicholas.

Nicholas Francis Laurita has been fighting with autism since he was 18 months old. According to People, Nicholas’ mom, Jacqueline explained how she came to know about his disorder. She said that little Nicholas was neither answering when called by his name nor notice people entering the room. Nicholas was unable to perform everyday tasks and it was a really difficult time for them, she added.

It was a matter of concern so the couple started to research regarding autism. Jacqueline’s husband stated that it was rather difficult to digest that his child was suffering from autism. So, after seeing multiple doctors it was confirmed that their kid Nicholas was actually autistic.

Soon Jacqueline and Chris started multiple treatments for their child Nicholas. They even prepared a gluten and dairy-free diet. She soon reported that the diet has really improved her son’s focus and concentration. Now Nicholas’ condition is much better and his mother Jacqueline has posted multiple videos and caption mentioning her younger child is doing much better now.

Nicholas Francis Was Kicked Out Of Library

Jacqueline Laurita’s son Nicholas Francis Laurita has made headlines multiple times. He first made headlines when news came out that Nicholas was kicked out from a library. Nicholas was kicked out of the Franklin Lakes Public Library in New Jersey. Later, Jacqueline tweeted that she and her husband talked with the mayor of Franklin Lakes, Frank Bivona. Also, they had a meeting with the Library Board who they said was really cooperative and was ready to bring some changes.

UPDATE: @chris_laurita and I recently met with our wonderful Mayor. Yesterday, we met with our Library Board who was equally as wonderful and open for positive changes! Great things are coming soon to #FranklinLakes! Stay tuned! A plan is in action! I am SO excited! #inclusion

Moreover, Nicholas Francis’ mother Jacqueline claimed her son was kicked out of one of his favorite spots of the Franklin Lakes Public Library. She expressed her emotion through her Instagram post mentioning she was hurt so badly from the incident.

After returning home, Jacqueline said that she felt motivated to stand up for her son and all those who were fighting with autism. So, the TV actress said, she used her ”platform as a voice for all other parents who have been in similar situations and have felt the same way as I did.” Now she and the members of the ASD community spread awareness regarding autism.

Nicholas’ Condition is Getting Better Day After Day

In addition, Jaqueline has also posted multiple pictures with her son and husband. Her main focus now is her younger kid Nicholas. Moreover, she has uploaded videos and pictures, mentioning NIcholas’ condition is getting better day by day.