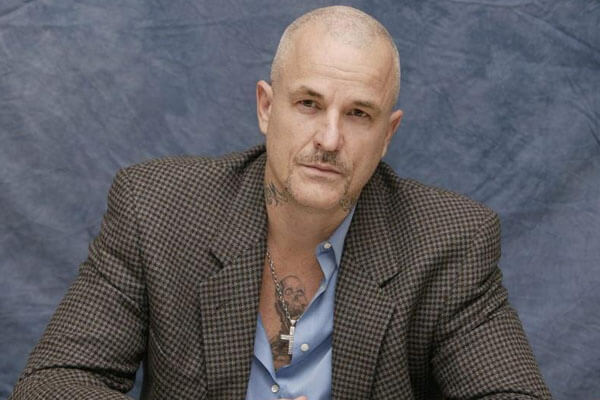 Nick Cassavetes is a proud father of three children, all daughters, Sasha Cassavetes, Virginia Cassavetes, and Barbarella Cassavetes. Out of these three, Sasha and Virginia were born to The Notebook director’s ex-wife, Isabelle Rafalovich. Barbarella is his youngest child with his other ex-wife, Heather Wahlquist, whom he married after falling in love on one of the sets of the movies he was directing.

All of Nick’s daughters have grown up to be gorgeous. They live a comfortable and prosperous life in the United States. Similarly, Barbarella, Virginia, and Sasha are loving sisters, and they maintain a warm relationship with each other. Barbarella is the only teenage daughter, while Sasha and Virginia have long entered adulthood.

Sasha Cassavetes Is A Makeup Artist And Film Actress

Born as Alexandra Zoe Cassavetes on May 17, 1988, Sasha Cassavetes is the eldest daughter of Nick and Isabelle. Whether she is married or possibly single is still in the dark. However, we have information that Sasha is an actress, makeup artist, and producer based in Los Angeles. Likewise, her Instagram is private; her Twitter is quite active.

As such, Sasha has made herself reasonably successful in the industry. She has worked on movies such as Aliment (2015), Three Dog Night (2018), The Other Woman (2014), etc. Sasha is a vibrant and ambitious daughter of her parents. Also, not many know that she was born with a hole in her heart, which was later fixed by surgery.

Virginia Cassavetes Is An Movie Actress And Writer

The second child of Nick and Isabelle, Virginia Cassavetes, was born on March 27, 1986. Following her father Nick and elder sister Sasha’s footsteps, Virginia is also into making movies. Virginia’s movie performances as an actress include The Other Woman (2014), That Side of a Shawdow (2010), Twogether (1992).

She has also acted in the short movie, Love and Skin (2013). Similarly, her upcoming film includes Money (2020) and The Manuscript (2020). Likewise, Virginia is likely married and has a son, according to our research. Also going by her name Gina Cassavetes, Virginia is a private individual. Her Instagram is in private mode too.

Barbarella Cassavetes Is The Youngest Daughter

The youngest in the family, Barbarella Cassavetes was born in 2004 to her father Nick and mother, Heather Wahlquist. She is growing up healthy, and she likely goes to high school. Barbarella is a free-spirited daughter, and she is close to her dad, Nick.

Furthermore, the former husband and wife duo, Nick and Heather, reportedly “went to war” over their child’s custody in 2017. Heather, who was supposed to return her daughter to the father on holiday, but did not do so.

As a result, Nick filed a report to the police, who agreed to search his “abducted” daughter and return her to him safely. Nick alleged that Heather violated his custody rights when she refused to hand over Barbarella to him as per the custody agreement.

Sasha Cassavetes: Sasha is a Russian origin name, that means “defender or helper of mankind.”

Who Is The D.O.C.’s Daughter Amber Lynn Curry?