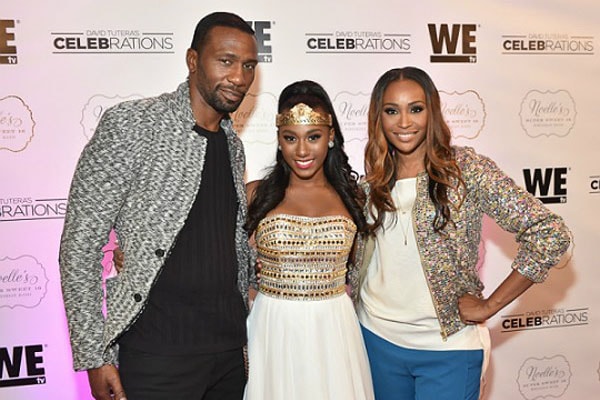 The American model and reality television actress, Cynthia Bailey‘s daughter Noelle Robinson was born on November 9, 1999. She is the only daughter of Cynthia Bailey with ex-fiancé Leon Robinson. Noelle’s parents were a loving couple way back then but are now exes to each other.

Talking about Noelle’s parents, Cynthia is an American model and actress who has also appeared in several reality TV shows. Similarly, her father, Leon Robinson is an American actor and singer who embarked on his professional career as an actor from 1980s.

Noelle Robinson Is The Newest Talk Of The Town

Cynthia Bailey’s daughter, Noelle, is the newest talk in fashion and model. Blessed with good looks of her mother, the diva is hitting up the buzz in the modeling industry. Unsurprisingly, the photos of Noelle seem to be wowing every person who looks at them.

She probably learned the skills and techniques from her mother to ace in modeling. Similarly, she has a smart sense of stylish outfits and costumes as well. Not only Cynthia but also Leon might be giving a hand to raise his daughter’s talents.

As of June 2019,  she has a massive number of followers, i.e., over 295k followers on her Instagram. The gorgeous Noelle has succeeded to create a humungous fan-base. She frequently posts beautiful modeling shots on her Instagram to update her fans and followers.

Cynthia and her baby father, Leon seem to be very proud of watching their beloved child progress with her flaws. If Noelle paces her career consistently, she’s definitely going to be known as a style queen.

Love-life And Relationships Of Noelle Robinson

The up and coming beautiful Noelle Robinson’s love-life has been something like a see-saw. Similarly, her mother also added that Noelle had been moving to and fro to balance her love. Cynthia Bailey’s daughter, Noelle even hinted about her love and relationship on her Twitter in January 2016.

i never thought id be in love like this

However, she has kept her love-life very mysterious with philosophical tweets. Well, it seems that Noelle does not want to let out everything but make people wonder with the hints. We are not sure about her love and relationships but hope she gets the man of her dreams very soon.

The name Noelle an English form of the French word “Noël” whose meaning is “Christmas.”