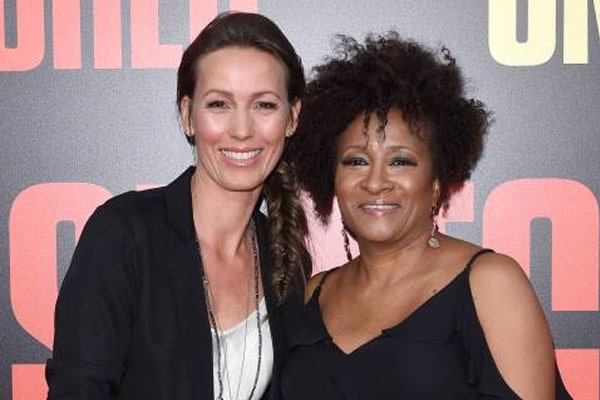 Olivia Lou Sykes and Lucas Claude Sykes, Wanda Sykes‘ twin children with wife Alex Sykes, were born on April 27, 2009. Olivia and Lucas are the couple’s only children. As for Olivia and Lucas’ parents, Wanda Sykes is an American actress, comedian, and writer, whereas Alex is well-known as Wanda’s married partner.

Lucas and Olivia’s parents Wanda and Alex, tied the knot in 2008 after two years of dating each other. Since they are a lesbian couple, Alex conceived the twins. Previously, Wanda was married to her ex-husband, Dave Hall, from 1991 to 1998. As for Alex, it is her first marriage to Wanda. So, let’s come back and know more about adorable twins, Olivia Lou and Lucas Claude Sykes.

Everyone In The Family Speaks French To Conspire Against Wanda

During an interview in Late Night with Seth Meyers, Wanda Sykes said how her children and wife speaks French to conspire against her. It’s fascinating to know Wanda Sykes’ twins are already fluent French and English speakers for sure.

She said how Olivia and Lucas fastly speak French and with a lower tone with their mom, Alex, as she is French. She said that she’s always picking up the little words and that she could tell when they’re about to pull something over on. It’s just so hilarious how she impersonated her kids as well. The way Wanda said, “Oui mama, oui mama!” will make your day. And yes, no one can stop her from making fun of her own kids. Well, it would be better if she too learns French.

In a conversation with PEOPLE, Wanda shared that she and her wife Alex, spend as much time as possible with their children. Instead of keeping them in front of the TV, the couple engages Olivia and Lucas with arts and crafts involving herself as well. Such a great way to spend quality time with kids. With a comedian mom in the house, we guess Lucas and Olivia never have to switch on to television for more entertainment.

Plus, the adorable twins are studying in a reputed school. Wanda is so good as a parent as she helps her kids with their homework. But she made a whole comedy about her kids’ homework in an interview with Ellen DeGeneres. Nevertheless, Wanda and Alex are doing so great as a parent to their lovely twins.

Wanda Sykes’ Twin Children Are Off The Camera

The American comedian Wanda Sykes is one of those celebrities who like keeping their personal life away from the limelight. Despite being famous all over the world and earning fans’ love, Wanda does not let the insight of her family get out into the public.

However, the queen of comedy is not hesitant to talk about her children and has only shared one photo of her twins in one of the episodes of The Tonight Show With Jay Leno.

The only time Wanda opens up about her twins is on the talk shows. She and her partner, Alex, are very private about their children. Plus, they apparently want to provide a usual life to twins, Olivia and Lucas. So, Wanda Sykes’ twin children are far away from the spotlight and media. Let’s hope that Wanda will soon release photos of her twins and let the world see how much they have grown.

Olivia Lou Sykes- Olivia is an English name for a girl that is derived from Latin Oliva. It means an olive tree. Similarly, Lou is a French baby name, which means a famous warrior.

Lucas Claude Sykes- Lucas is a boy name which has Greek and Latin origin. It means man from Lucania. Likewise, Claude is a French name which has originated from the Latin name Claudius. It means stuttering or limping.