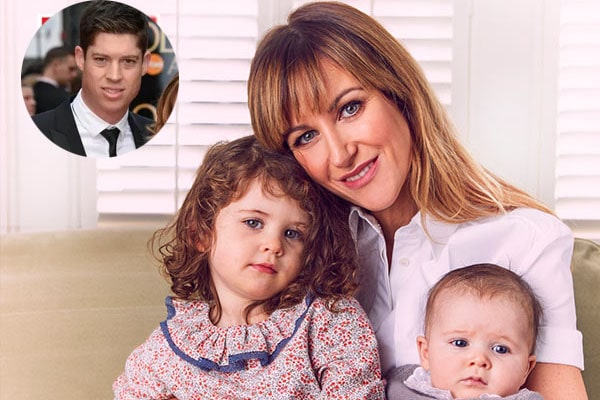 Katherine Kelly gave birth to her second child, Orla Rae’s sister Rose Christie Clark on 21st October 2016. She says having to raise two children is quite hard and she also said that one’s a pet two’s a zoo. Orla Rae’s parents Katherine and Ryan got married in 2013. Despite being a well-known figure, Katherine avoided a lavish ceremony during her wedding. But the welcoming of her first daughter Orla Rae was grand. Let’s know more about her elder daughter Orla.

Katherine Kelly’s daughter Orla Rae was born March 11, 2014, at 7:30 pm. In an interview with Hello! magazine, Katherine said that she was joyed when she first saw her daughter. Her husband added that Katherine had given him the best gift in the world and he could not have asked more.

Thank you my beautiful friend @alinsumarwata for sharing the last day of 2017 with us. And for this beautiful picture … #strikeback #budapesttoaustralia

Katherine added that it was quite an experience, having to bring a life into this world. She also said that Orla is an adventurous child and is like a little tornado.

Furthermore, Katherine first announced her pregnancy through her social media account where she expressed her joy and excitement regarding her first child. Plus she mentioned that she felt blessed, and having her husband beside her at that moment was truly amazing.

Orla Rae herself got a gift of a lifetime when her mother Katherine gave birth to her second daughter Rose. Katherine mentioned that she and Ryan could see how their girls’ personalities were that little bit different. She says that Orla is like a small packet with a big bang on the other hand Rose is like a small angel lovely and gentle. Plus, Rose has also been featured in This Morning show.

Moreover, Katherine kept her second pregnancy a secret, as well as her daughter’s birth and first few days, were also kept secret. She wanted no attention from the public. Nonetheless, she posted no picture nor she tweeted regarding her second daughter Rose, and only close friends and family members were informed.

Although Orla Rae’s younger sister Rose was born ahead of her time, Rose was quite bigger compared to her sister Orla at the time of her birth. Katherine says that both her daughter have their father’s genes as he is very tall, 6ft 4inch to be exact.

After Having Two Children

Mike Tindall, one of Katherine’s closest friends since her schooldays, is Orla’s godfather. She says that Mike and his wife Zara are very much parts of their family. Mike’s a wonderful god-father, he sends beautiful dresses for Orla and even though they have not met Rose she says they have met her in a way, added Katherine.

Plus, Mike’s daughter Mia is just two months older then Orla and they are very good friends. She says her daughter Orla often says she wants to go play with Mia in her house. Well, the bonding between Mia and Orla has developed quite effortlessly.

Katherine’s daughter Orla Rae and Rose Christie are very small so, she wants to spend as much time as possible with her daughters and enjoy motherhood. As for her future plans of returning to the big screen, she says it can wait.

The name Orla is a beautiful Irish name which means princess.