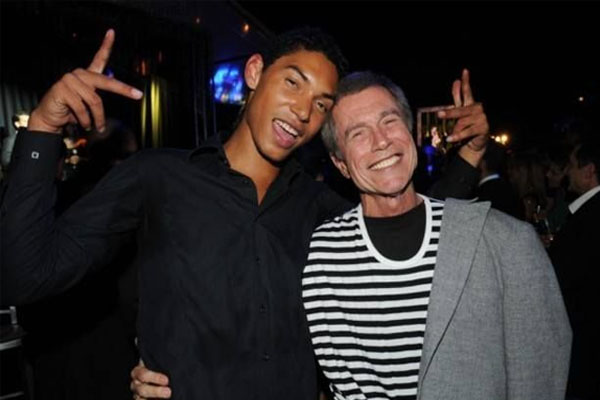 Grace Jones’ son, Paulo Goude was born on November 12, 1979, with her baby father Jean-Paul Goude. He has two half-siblings; Lorelei Goude and Theo Goude, Jean-Paul Goude’s children with wife Karen Park Goude. Paulo Goude is the eldest child of all.

Paulo’s father is a French graphic designer, photographer, and advertising film director. His mother Grace whereas is a supermodel, singer, songwriter, and actress. Paulo Goude is blessed to have such talented celebrities as his parents.

Even if Paulo Goude’s mother, Grace Jones has been with him from his childhood, he has an inseparable and strong bond with both of his parents. But maybe Paulo followed his mother’s step to start his career. So, he went on to become a singer by profession.

Despite having Instagram and Twitter accounts, Paulo Goude doesn’t update his fans through social sites. Unlike other artists, he never updates his fans by posting the release dates of album and songs in either of the accounts.

The fact that most people are being controlled by these kinds of media might be a cause for not using social sites normally. It can also be that he wants to live limelight-free life.

However, he did perform with his band Trybez during his mother’s concert. He is also a well-known model as he followed in his mother’s footsteps.

As per our records, Grace Jones’ son Paulo Goude is single as he has not given any hint of being in a relationship with someone. Maybe Paulo Goude does have a girlfriend but he doesn’t tend on sharing her info to the world.

As for Paulo’s parents, Grace Jones and Jean-Paul Goude met each other when they had a project to do live stage performances and album covers of Grace Jones in around 1978. After working together for a long time, they became close to each other and would go out dancing at studios.

When Jean-Paul got to know about Grace being pregnant with his son, he ended his relationship with her. As of research, Paulo’s father, Jean-Paul Goude stated that he had never thought of staying with her. He had to leave Grace because the things were getting much worse. Jean-Paul Goude even said that he did his best work with Grace and is still friends with her.

After breaking up with Jean-Paul Goude, Paulo’s mother Grace Jones married musician Chris Stanley in 1989. The marriage between them lasted for two years only and got a divorce in 1991. And then, Grace Jones went on to marry the bodyguard Atila Altaunbay in 1996. But the relation didn’t work out for a long time and had to end in 2004.

Well, let’s hope Paulo’s love life won’t be as turbulent as his mother’s.

Paulo is a word which was originated from Portugal that is defined as a place of rest.