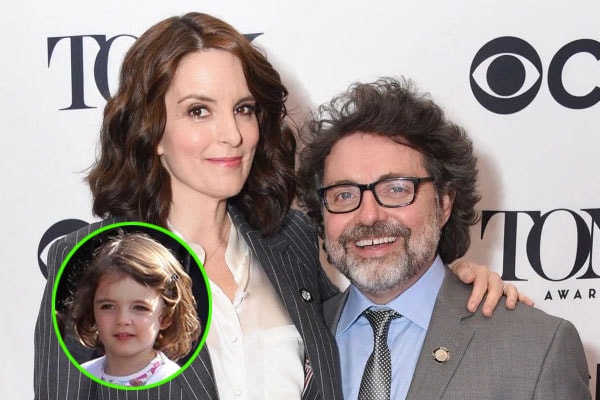 The 30 Rock star Tina Fey’s daughter Penelope Athena is so adorable and sweet. The little sunshine of her mother is seen around her mother most of the time. It seems like she is closest to her mother, Tina. The forever busy comedian Tina even takes her daughter to her work. The bonding of the mother-daughter duo of Tina Fey and Penelope Athena Richmond is inseparable.

The gorgeous mother of two, Tina likes to keep her kids’ personal life away from the limelight which is always behind. She is rarely seen with her daughters in public. However, she does not hesitate to talk about them. In a conversation with Jimmy Fallon back in 2018, she shared that Penelope and her sister Alice are into making a movie just like their mother. The two sisters have made iMovie ‘Butt Show’ which their mother debuted in the show. Such creative young directors!

The beautiful Penelope is growing all too well with her parents’ love and care. She is one of the lucky girls to have such wonderful parents and lovely sister whom she can look up to. As she is still young, we wonder if she has any plans to follow her mother’s footsteps in the industry. Well, time will tell that, but it would be great to see her making it big with her Butt Show!