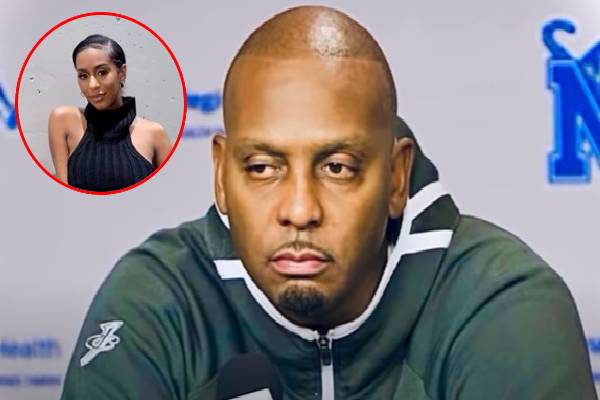 Born as Anfernee Deon Hardaway, Penny Hardaway is an American college basketball coach and former player. He is currently serving as men’s head coach for the Memphis Tigers of the AAC (American Athletic Conference). He was hired to replace Tubby Smith, the former head coach, in 2018.

During his first year of coaching, Hardaway proved to be one of the most competent coaches by leading the Memphis Tigers to the NIT. In addition, the head coach is a family man and a proud father of four children.

Is The First-Born Of Her Parents

LaTanfernee Hardaway is the first child of renowned coach Penny Hardaway. She was born in 1992 to her father and the former girlfriend of her father, Latarsha McCray. Apart from LaTanfernee, her parents gave birth to her younger sister, Layla Hardaway, in 1995. Her parents met in high school and were in a relationship for a long time.

Even after being in a long relationship, her parents broke up unpleasantly when she was eight years old. LaTanfernee’s mother filed a domestic violence case against her father at the Paradise Valley town office of an attorney. According to ESPN, Latarsha complained about how her then-boyfriend yelled at her while carrying a handgun. However, LaTanfernee Hardaway’s father denied the accusation.

Later, the case settled after the former player agreed to pay child support and $1,815 for Latarsha’s annual health insurance. There were several other criteria for which Penny was charged. LaTanfernee Hardaway’s parents have already moved on with their past relationship and live happily.

Apart from her sister, Layla Hardaway, LaTanfernee has two other half-siblings. After separating from her mom, her dad dated Nikki Ward and Dionne, with whom Penny welcomed two sons, Jayden Hardaway, in July 1999 and Ashton Hardaway respectively.

Jayden is one of the players in her dad’s team, the Memphis Tigers. At the same time, her other younger brother is also active in sports. Additionally, the Hardaway siblings’ dad currently shares a marital life with Mary McDonnell.

Penny Hardaway’s Daughter Is The CEO Of LHXCollection

About ten years ago, LaTanfernee Hardaway was reportedly preparing for her singing debut with Yung D, a Memphis rapper who is famous for his feature on Three 6 Mafia‘s hit track Lolli Lolli. As reported by Memphis Rap, a video was posted on Yung D’s YouTube channel where the rapper and LaTanfernee appeared together. However, there is no sign of completion of the project.

Furthermore, as per her Instagram bio, Hardaway’s daughter LaTanfernee Hardaway is the CEO of LHXCollection, a pendant and necklaces collection shop. The coach’s daughter is promoting her shop and products with her Instagram account. You can find many posts related to her shop in her personal account.

Well, let’s hope the former player’s daughter is doing great with her business and making a lot of sales. We wish to see more of her success stories.

Is A Soon-To-Be Mom

There is a piece of big news about Penny Hardaway’s daughter, LaTanfernee Hardaway. She is going to be a momma! LaTanfernee shares her child with her partner, Ray Chesterfield II. According to their baby registry, the LHXCollection’s CEO will give birth to her baby boy by June 2022.

LaTanfernee and her baby father seem to be all over the moon with the happy news. Both of them excitedly announced the pregnancy by sharing a baby bump picture of LaTanfernee in their respected Instagram account.

Although it is not clear if LaTanfernee is married or not to her baby father, Ray, the couple seems to be close and enjoying their early parenthood together. Both of them proudly share their pictures on their respective Instagram page. We wish a safe and healthy arrival of their baby boy and all the best for the young family.

Please follow my daughter @latanfernee. She is a beautiful person.

Penny loves his daughter a lot; after all, LaTanfernee is his first child and one of the most precious people in his life.

Nonetheless, Penny Hardaway’s daughter LaTanfernee Hardaway has achieved a peaceful life and living happily with her partner. Additionally, she is going to be a mother soon. We hope for the happiest life and joyful parenthood to LaTanfernee and her baby father, Ray Chesterfield II.

LaTanfernee is a unique name that derives from the word Anfernee. Anfernee is an African American word that means “priceless and inestimable worth.”