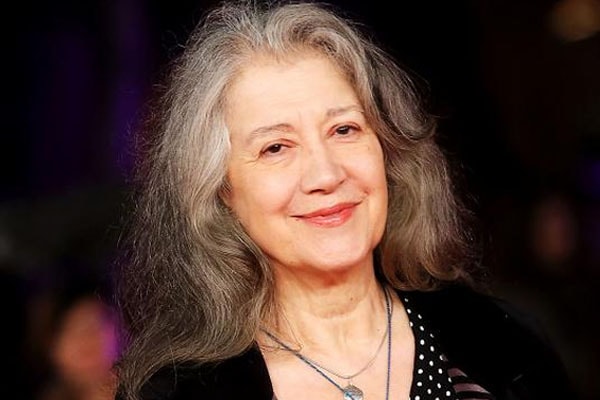 Appreciated as one of the best pianists of all times, Martha Argerich, is an Argentine-born classical pianist and a mother of three beautiful daughters. The doting mother parents the three kids from three different marriages. The names of Martha’s daughters are – Lyda Chen, Stéphanie Argerich, and Anne Dutoit.

Lyda Chen Is A Violinist

Born in Geneva in 1964, Lyda Chen-Argerich is a violinist and Martha Argerich’s eldest daughter. Lyda’s father and Martha’s ex-husband is the Chinese composer-conductor, Robert Chen. She attended the Geneva Conservatory where she learned to play the violin with Ayla Erduranand. Lyda later left for China where she became a pupil of Lin Yao Ji at Beijing Central Conservatory.

Lyda pursued law and musicology at the University of Geneva in Switzerland in 1992. She catered to her musical interest and started exploring the chamber music repertoire. Lyda has performed around the world in many festivals like Lugano, Verbier, Buenos Aire, and more. She has also played with her mother.

Annie Dutoit Is A Musical Artist

Born in Switzerland in the early 70s, Annie Catherine Dutoit is the second daughter of Martha Argerich with her then-husband, Charles Dutoit. She also has a half-brother, Ivan Dutoit. Annie received her secondary education in classical languages, and Greek and Latin civilizations. In 1994, she completed her B.A. in Comparative literature from Princeton University. Then in 1998, she received her master’s degree in Journalism and Mass Communication from New York University.

In 2008, Martha’s daughter, Annie Dutoit obtained her Ph.D. in French and romance philology from Columbia University, New York. From October 2003 to 2005, she worked as an adjunct professor at Barnard College. Furthermore, Annie was also a faculty member at SILC at Arizona State University from 2011 for four years. A brief introduction about Annie is given in the Argerich Arts Foundation page. Annie has performed works by Milhaud, Liszt, Saint-Saëns and also collaborated with artists like Alex Nante and Daniel Judkovsky. In addition to these accomplishments, Annie Dutoit is also an actor. She plays the lead role in L’ Impardonnable. Her Instagram account’s name is annushkadutoit.

Stéphanie Argerich Is A Director

The film provides an intimate and rare glimpse into the private life of the virtuoso pianist Martha Argerich. Moreover, the movie garnered positive feedback from the audience. Later on, Martha’s youngest daughter also went on to produce a short film, Miss Rain, in 2017.

Stéphanie is also a photographer. Her Instagram account is filled with various pictures and shots. She is married and has a child.

Stéphanie Argerich: The meaning of Stéphanie is “Crown” and is derived from Greek.

For more updates on Entertainment, and Celebrity Babies follow eCelebrityMirror.