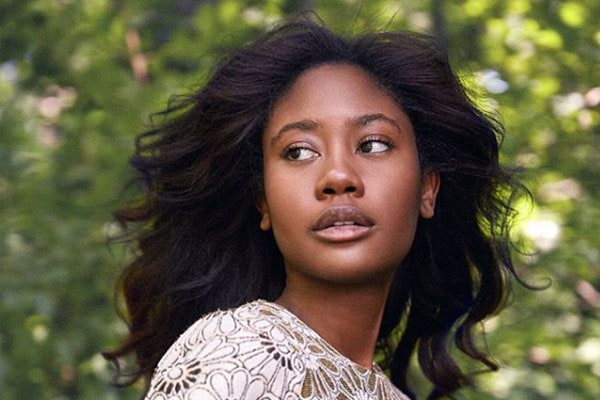 The American rapper, RZA‘s daughter, Prana Supreme Diggs, was born in 2001. He had her daughter with baby mama, Tekitha Washington. The talented rapper loves his daughter more than anything in the world.

However, RZA has been married twice, first with Eboni Mills in 2000. They had four children, Shaquasia, Melchizedek, Understanding and Eternity Diggs who are Prana’s half-siblings. But they divorced each other in 2006.

Now, he is in a married relationship with his wife, Talani Rabb. They married in 2009 but haven’t had any children. RZA’s daughter Raindia Diggs from his previous relationship is also Prana’s half-sister So, keeping things aside, let’s get to know more about Prana Supreme Diggs.

RZA’s daughter, Prana, has grown up to become a brilliant singer. She probably had dreamed of following her father’s footsteps and be able to recognize everyone as a singer before. Prana told RollingStone that she was drawn to rock music and is a rock & roll fan. Diggs had an early start when it comes to music; she got in the game when she was just three years old. Despite her love for rock & roll, Diggs has always been influenced by Wu-Tang.

Gorgeous Prana seems to have funneled in some promising fortune from her music career. Her inspirational idols, dad and mom, are always there to support and give her a hand. In case you didn’t know, she teamed up with her mom, Tekitha, to form their band. The duo is still working together and will soon release new music and content.

Similarly, she even admitted to having many ambitions, such as fashion and creative directing. Seeing her dad, RZA, getting to do all the things that he has an interest in doing, she also has lots of interests. We hope to see RZA’s daughter, Prana thrive as one of the best music artists, making her parents very proud in the coming years.

Relationship With Dad And Mom

As for Prana’s bond with her dad and mom, she is immensely close with both of them. According to Slate‘s article in April 2018, Prana and her mom used to live in California. They moved to Nashville a year and a half ago. She and her mom are like best friends to each other. Everything about Tekitha Washington makes the mother-daughter duo’s personalities fit really well together.

‘My dad and I have a great relationship, especially because he just gives the best advice ever, honestly. I feel like he might not say it, but he’s a super wise man.

He’s always telling me books to read. I have this huge list of books that he’s like, “You have to read this. This is smart because it will teach you about the art of business and there’s a chapter in here about your name.”’

Therefore, Prana has a strong relationship with her parents. She is the glue that holds the family together and is very fortunate to have such talented parents. Prana loves her dad as much as she loves her mom.

Going through Prana Supreme’s Instagram Profile, it seems as though she hasn’t committed to any relationships. She is probably rocking with her single life as her social media handle doesn’t give away any hint of her being in a relationship.

She is fond of hanging out with her friends. Also, traveling around beautiful places seem to refresh Prana’s life.

Let’s hope we can hear more of the talented Prana’s songs in the upcoming days.

The name Prana is a Sanskrit word meaning ‘breath.’ Similarly, the word Supreme refers to the ‘highest authority.’