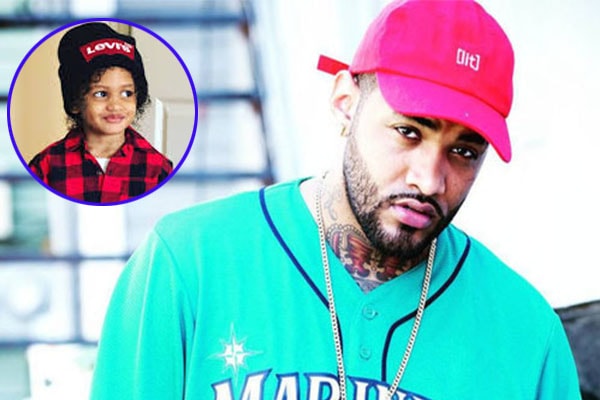 The rapper, Joyner Lucas has a son whom he has featured in his Forever and Happy Birthday music videos. The songs were specially dedicated to his son whose name isn’t mentioned in public. If you are wondering whether the son’s father, Joyner is married, well, the talented rapper is still a bachelor.

Joyner Lucas whose real name is Gary Maurice Lucas, Jr., is an American rapper and singer. He is best known for his raps songs like Forever, Happy Birthday and I am Not racist and many more. But when it comes to his personal life, he keeps his lip tight over social media.

Joyner Lucas doesn’t share much about his son on social media. He keeps his son’s business away from media attention in order to avoid the rumors and negative reactions from the public. However, the baby came into limelight when Joyner released the song Happy Birthday in 2015.  In the song, he condemns his son for making his life more miserable. In fact, he expressed in the song that he wished if his son weren’t born and things like he didn’t want to raise the kid and so on. Though it is just a song, he sounds quite rude.

Hatred can only be replaced by love. Even though the baby’s arrival was miserable for Joyner’ life, somehow he became a purpose of his happiness. Hence, in 2017, Joyner took to his song Forever to seek forgiveness from his son and all wrong decision he had taken in the past.

If you have listened to Lucas’ Forever, you would partly know about Joyner’s past life. The song shares the journey of a father who regrets what he did in the past. Even though the child is unable to understand him, he hopes that he would forgive him. Joyner Lucas has also mentioned about abortion and argument he had with the baby’s mother. It seems like he had decided to abort his son.

The rapper shared in his songs that the baby’s mother cheated on him and was keeping secrets. It isn’t sure whether Joyner Lucas’ son is his biological son or not. He has mentioned in his song that he is upset about the paternity result. Probably the baby wasn’t his. Now only Joyner knows the truth, whether or not he is talking about his real life in his rap songs or making things up

Despite the fact, as of now, he seems to have a good relationship with his son. Joyner shared a video where his son was dancing. It gave us the rare chance to know that the baby is growing up well and the father-son duo seem to have a loving bond.

There are no details about Joyner Lucas’ son. However, we got a rare glimpse of him on Lucas’ Instagram. He looked happy and healthy grown-up boy. We are eager to know more about him. Now let’s see what does the little Joyner has to say when he grows up about his father.