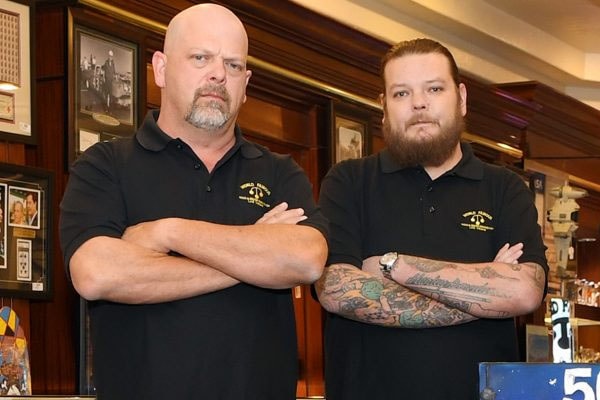 Rick is an American businessman, better known as a reality TV personality. He is also a co-owner of the World Famous Gold & Silver Pawn Shop in Las Vegas. Now let us have a look at all of Rick Harrison’s children.

Richard Corey Harrison Is A Cast Member Of Pawn Stars

Rick Harrison’s son Corey Harrison aka Big Hoss, born on 27th of April 1983 is a reality TV personality better known as a cast member of History TV series Pawn Stars. Also, he is a famous businessman.

Corey went on to follow his father’s footsteps. Just like his father Rick, he documents his work in Pawn Stars series at the World Famous Gold & Silver Pawn Shop in Las Vegas. The father-son duo are not only related by blood, but are real-life business partners as well. Corey co-owns the shop together with his father Rick.

Corey had been married twice with two different women named Charlene Steele and Korina “Kiki” Harrison. Corey divorced his first wife, Steele back in 2015 while, he got divorced from his second wife on 10th of September, 2018. Not only that but he has two children: a son named Jacob Harrison and a daughter known as Sarina Harrison.

Besides his successful career life, Corey still has time to spare in his social media limelight. He has an Instagram account, where he shares almost all of his important life moments.

Adam Harrison Is A Plumber

Rick Harrison’s son Adam was born in 1984. The 35 years old Adam is a plumber by profession. Initially, at the beginning of his career, Adam used to work at his father’s shop. However, according to his brother Corey, he was mentioned as a plumber in one of the episodes.

Nevertheless, there is very less information regarding Adam and his lifestyle. He is also not active in the media limelight but he has a Twitter account that has almost 2K followers.

Not only that but also there is an information crisis regarding Rick Harrison’s third son Jake Harrison. Looks like, he doesn’t want to reveal his personal information out to the media.

Corey Harrison: Corey is a male given name of Irish origin which gives the meaning of “from the hollow.”

Adam Harrison: Adam is a masculine name of Hebrew origin that provides the meaning “to be red.”

Jake Harrison: Jake is a male given name of Hebrew origin which means “supplanter.”