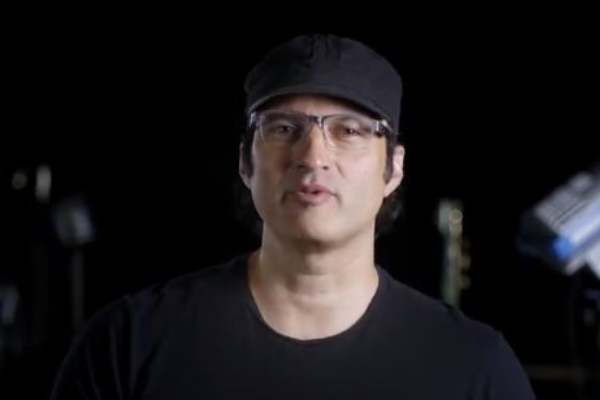 Born in San Antonio, Texas, Robert Rodriguez is a popular name in the entertainment industry. He is known for his directorial works in popular movies like Sin City, The Adventures of Sharkboy and Lavagirl, Spy kids, Alita: Battle Angel, and among others. Having been working in the industry since 1991, he is considered one of the most successful directors of his time.

The talented filmmaker is also a proud father. He and his ex-wife Elizabeth Avellan have welcomed five kids together. However, due to his secretive nature, the babies have been kept away from the media. So, in order to fulfill the curiosity of several people regarding the kids, we present you this article about Robert Rodriguez’s children.

Robert was married to Elizabeth Avellan, whom he met at the University of Texas at Austin. The former duo dated for a while and shared their wedding vows on July 9, 1990. After that, the ex-couple formed a family of seven.

Among Robert Rodriguez’s kids, Rocket Valentino Rodriguez is the eldest, whom he welcomed on September 14, 1995. Then, on April 16, 1997, the former couple gave birth to Racer Maximiliano Rodriguez. On April 1, 1999, Robert and Elizabeth’s son, Rebel Antonio Rodriguez, arrived.

The family of five extended further after Rogue Joaquin Rodriguez arrived in 2004. Furthermore, Robert Rodriguez’s daughter, Rhiannon Elizabeth Rodriguez, was born on December 10, 2005. As the youngest member of the Rodriguez Clan, she must be pampered a lot by her brothers and parents.

Furthermore, as per an article, the Rodriguez bunch’s mother, Elizabeth, has a son, Aaron Burns. All in all, the Rodriguez siblings must have had a blast growing up together.

Have Appeared In Their Dad’s Movie

The Rodriguez clan are born into an entertainment family. Their mom is a film producer, and their dad is a filmmaker, composer, and visual effects supervisor. So, it is natural that Robert Rodriguez’s children have followed in his and his ex-wife’s footsteps.

Racer, Rebel, and Rocket have appeared in their dad’s movie, The Adventures of Sharkboy and Lavagirl 3-D. Likewise, Robert Rodriguez’s kids have acted in his other projects, including Shorts, Red 11, Alita: Battle Angel, We Can Be Heroes, Planet Terror, and Grindhouse.

Additionally, Racer, also known as Racer Max, is the creator of Sharkboy and Lavagirl, and his dad once shared a video of him demonstrating tips on their writing process. In addition, he is the co-writer and co-producer of the new Spy Kids project.

Likewise, Rebel Rodriguez has worked as a composer in We Can Be Heroes, Red 11, and The Limit. He has also worked as a media manager in The Blazing World. All in all, it seems like Robert Rodriguez’s children are doing well.

Formed A Production Company With Their Dad

The Rodriguez brothers, Rebel and Racer, formed Double R Productions with their dad in 2017. It is a development and production company with the potential to produce media projects across television, gaming, film, and interactive platforms. As a composer, Robert Rodriguez’s son, Rebel, has composed music in both VR and Film.

The company has worked on several projects, including the movie Red 11. Rebel portrayed the role of Knives and even composed the score. In addition, the film’s production was documented for a docu-series featuring Rebel Rodriguez’s father and brother, Racer, and was called Rebel Without a Crew: The Robert Rodriguez Film School. The movie and a sneak preview of the docu-series premiered at SXSW in March 2019.

Apart from that, Robert’s baby boy has also made a name for himself as a professional bladesmith. He has his own blade-making company, Rebelde Blades. In 2018, he even competed in History Channel’s competition reality series, Forged in Fire, and won the championship.

Although most of Robert Rodriguez’s children are involved in the acting industry, they mostly work behind the scenes. Even after coming from a famous family, they all have mastered the art of secrecy. Therefore, not much is known about their relationship details. But let’s hope they will reveal soon.

Hopefully, the Rodriguez siblings are doing well and must be working hard in their respective fields. We look forward to knowing more about them. May they always continue living happy and successful lives.

A gender-neutral name, Racer, has an American origin and means “to race; racing.” The name Maximiliano has a Latin origin, which means “greatest.”

The name Rocket originated from the Italian name rocchetta, which means “bobbin or little spindle.” Valentino has an Italian origin, meaning “strength, health.”

Rhiannon has a Welsh origin and means “great queen or divine feminine.” A feminine given name, Elizabeth, is a variation of the Hebrew name Elisheva, meaning “My God is an oath or My God is abundance.”

Rogue is a gender-neutral name with an English origin, meaning “unpredictable.” The name Joaquin is the Spanish version of the German name Joachim, meaning “established by God.”