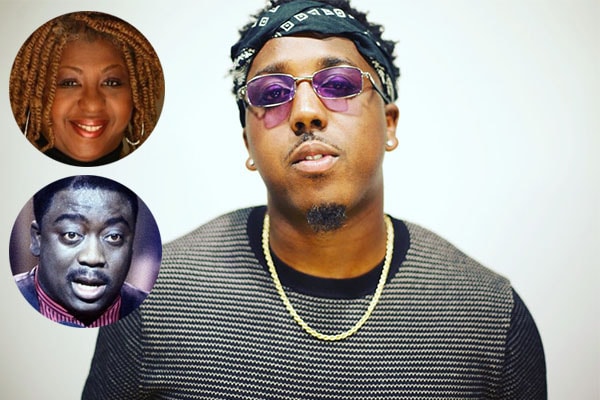 The handsome son of Robin and Exetta continues his father’s legacy. According to Robin Jr’s Instagram, he is an artist and a songwriter. As of now, Robin Harris Jr. lives in Los Angeles, California, where he is busy living his comfortable life and working on making awesome music. Right now, Robin is associated with the record label, Aoe Global, through which he releases his music albums.

Robin Harris Jr Regards His Father As His Idol

Robin Harris’ son, Robin Harris Jr., often mentions that he is “overwhelmed” by his father’s impact in the world. As the son of a legendary father, Robin Jr certainly feels lucky to have a family legacy of success and talent. At the time of his father’s death, his mother Exetta was still pregnant with him. So little Robin never got to see his father. Further, Robin’s mother Exetta is a documentary producer in Hollywood. The mother-son duo often can be seen attending different events together and maintaining a warm relationship.

Now that he has grown up to be a dashing young man, Robin Jr is well aware of his comedian father’s popularity and influence. He likely saw many old photographs and comic performances, which inspired him to pursue his passions. Now, Robin feels obligated to keep his father’s legacy. As a tribute to his dad, Robin Jr released an album titled S.O.A.L – The Legacy Continues, which is on sale on Amazon and Spotify.

The album, which consists of 13 singles, has sold well and received praised from fans. Undoubtedly, with his father’s warm blessings, Robin Harris Jr. has made a name for himself as an artist and songwriter. Robin Jr has chosen a different career path, unlike his late father. Nonetheless, he continues to entertain his fans by producing awesome music. As for Robin Harris Jr’s dating and romantic life, whether he is a married man or has a girlfriend is still in the shadows.