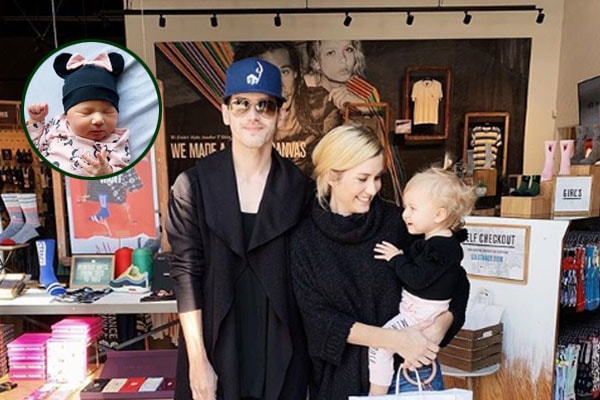 American actor and musician, Mikey Way is a proud father of two children. He had both of the kids together with his wife Kristin Colby Way. The romantic couple exchanged their wedding vows back in the year 2016 and are together ever since. Mikey Way’s children include two daughters named Rowan Louise Way and Kennedy James Way.

Born on the 10th of September 1980, Michael James Way aka Michael Way is best known as the bassist of the rock band, My Chemical Romance. He is also the multi-instrumentalist plus the backing vocalist of rock duo Electric Century.

Rowan Is the First Born Child Of The Bassist

Rowan Louise Way is the eldest child and daughter of the multi-instrumentalist, Mikey. She was born on the 29th of April 2017 in Los Angeles, CA. Currently, the absolutely cute daughter is being insanely popular via her father’s Instagram handle with almost 735K followers as of 2019.

It is obvious that Rowan rose to fame as the daughter of My Chemical Romance bassist Mikey Way and his second wife Kristin. Her parents got married in 2016. She even became a big sister when their parents welcomed her younger sibling Kennedy in mid-2019.

The backing vocalist of rock duo Electric Century, Mikey welcomed his second child and daughter together with his gorgeous and loving wife, Kristin recently in 2019. Both of Kennedy James Way’s parents took social media handle to welcome their adorable daughter. Kennedy was born in June of 2019 in Los Angeles, CA.

It is very obvious that the family of four is very satisfied and happy where their current life is going. And both daughters double their happiness and lighten up their world like the sun.