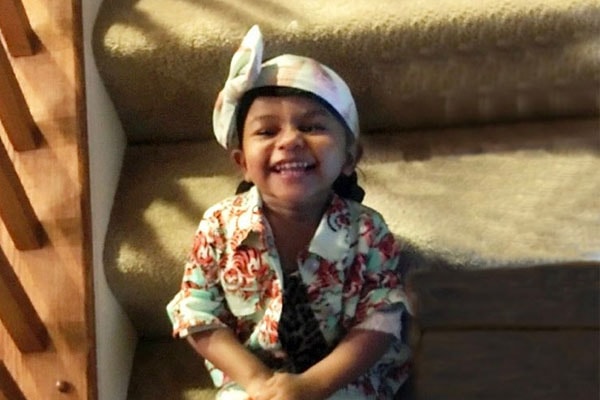 The proud parents of little Royal, Lil Kim and Honduras native Hip-hop artist, Mr Papers started dating in the year 2012. However, the relationship overturned and the former soulmates parted their ways in the year 2015. Furthermore, Kim welcomed her firstborn daughter as a single mother.

Lil’ Kim Teaches Her Daughter To Ride a Bike

The self-proclaimed “Queen Bee”, Lil’ Kim’s princess, Royal Reign, is learning to ride a tiny bicycle with her mother. Lil’ Kim’s young daughter struggled to push the pedals. However, the rapper mom was determined to make her daughter learn how to ride a bike.

The lyrical lioness, Lil’ Kim posted a few videos of her little princess trying to pedal the bicycle with her tiny feet without using her arms. The adorable video circulated over the internet providing the followers with their daily dose of cuteness. Despite her busy schedule, Crush on You singer keeps her baby her top priority and is always there for her daughter.

The famous singer revealed her pregnancy in February with Mr Papers in early 2014. The extravagant baby shower for baby Reign pulled the media attention and made a popular timeline in the year 2014. The rapping sensation did not miss to give the most lavishing and loving welcome to her first born baby girl, Royal Reign. Besides that, baby Royal’s proud parents, Kim and Mr Paper were together in a baby shower.

Despite being a famous rapper, the rap legend is just like all the mothers and beams with pride and joy over her beautiful daughter. Lil Kim does not hesitate to showcase her little girl and frequently posts pictures of her four years old daughter who looks like a doll. The young superstar in the making, Royal has been successful in making the followers adore the little girls and the fan cannot get enough of the cute child.

The wonderful name “Royal” is a unique name for a baby girl. However, the name can be used for baby boys as well. The name “Royal” is an English name and is pronounced as “Roy-Ul” with an emphasis on the first syllable. The meaning of the lovely name “Royal” is “Kingly” or “Regal”.