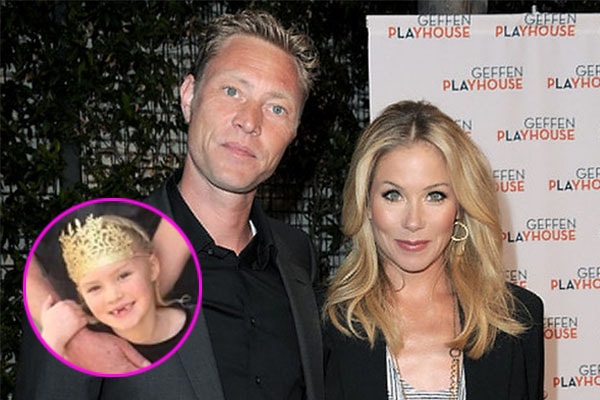 Sadie Grace LeNoble, Christina Applegate‘s daughter with husband Martyn LeNoble, was born on January 27, 2011. The gorgeous Sadie is the only child of Christina and Martyn together. For those unaware, Christina is a renowned actress who was recently honored at the 2022 Hollywood Walk of Fame ceremony. It also marked her first appearance since her revelation of multiple sclerosis diagnosis in 2021.

Sadie Grace LeNoble’s parents Christina Applegate and Martyn LeNoble were engaged in 2010, and they tied the knot in February 2013. It is the second marriage for both Christina and Martyn. Their daughter Sadie was lucky to witness their marriage as she was born two years before their marriage.

The beautiful Sadie’s parents Christina and Martyn are so in love with their daughter. Unlike Christina who rarely shares about her daughter Sadie in her social media, Martyn updates everything from her birthdays to school activities. Well, it’s not always mom’s who have their kids detail over social media. Dad’s too are pretty good at sharing children’s stuff.

It seems like Sadie spends most of her time with her super cool dad Martyn. The father and daughter can be seen spending most of their time enjoying the beauty of nature. All the pictures of Sadie that Martyn has shared is evident that she is full of spirit for life and optimistic. She loves whatever she does. Whether in nature or the classroom, Sadie shares the same level of enthusiasm and enjoyment.

Not only Sadie is the source of happiness to her parents but also to whoever gets to know her. She is such a bright and cheerful girl whom every parent wishes to have. A kind girl whose presence warms everyone’s heart.

Sadie is a name for a girl. It is a nickname for Sarah which means princess. Similarly, Grace is derived from Latin gratia which means kindness or mercy.