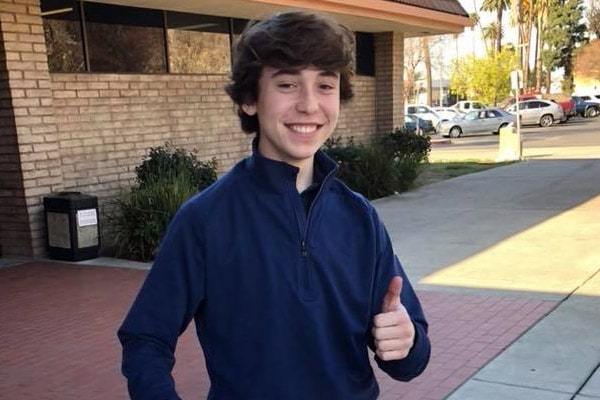 Tara-Lyn Charendoff Strong, in short, Tara Strong, is a Canadian-American actress. If you don’t know Tara by her gorgeous looks, you probably know her by her voice. She has provided voice-over work for several video games and animated movie characters, including Cindy Bear, Ruff, and Rocky J. Squirrel.

The voice behind the TV series The Fairly OddParents, Tara Strong, is a married woman. She took the wedding vows with the former actor turned real estate agent, Craig Strong, in 2000. Moreover, she is a mother to two talented sons who are also in the American Entertainment Industry.

Here, meet one of the Tara Strong’s sons, Sammy Strong, and get to know his everyday life.

Tara and Craig Strong met in 1999. They fell in love and began dating each other since then, followed by marriage on 14 May 2000. After two years of their happy married life, the couple welcomed their first child together, a son named Sammy Strong, on 5 February 2002. Similarly, Tara gave birth to her second son with husband Craig, Aden Strong, in August 2004.

From the fall of 2020, Sammy enrolled in the University of California, Los Angeles, for further education. The proud father, Craig Strong, announced that his oldest son, Sammy, decided to attend UCLA. However, there are not many details of Sammy’s early childhood days, including the high school he attended.

At the moment, Sammy lives with his parents and younger brother, Aden, in Los Angeles. There, his mom and dad run an internet-based company, Voicestarz, which teaches people how to get into the voice-over business.

Sammy Is Also In The Film Industry

Sammy and his younger brother, Aden, grew up in a family of actors. As mentioned earlier, Sammy’s mom is a Canadian-American actress. She is famous for her voice-over work in the animated series like The Powerpuff Girls, My Little Pony: Friendship is Magic, DC Super Hero Girls, and many more.

Similarly, before beginning a career as a real estate agent, Sammy’s father was also an American voice-actor. He is famous for films such as The Avatar: The Last Airbender, and The Tales of Ba Sing Se.

Being the offspring of such acclaimed actors, the acting bug bit Tara Strong’s son, Sammy, too since his early childhood. He made his television debut at the age of four in 2006. Sammy appeared in the half-hour reality show Take Home Chef alongside his parents and its star Curtis Stone.

Furthermore, Sammy lent his voice in the movie The New Brady Kids and The Brady Bunch to the character Bobby Brady. His mom, Tara, had given her voice to the character of Jan Brady in the same movie. Also, he is the star of the fantasy film The Adventures of Robinhood, a remake of the 1973 animated version Robin Hood. Moreover, he is a voice-over actor for various video-games too.

Active In The Social Networking Handles

Unlike many other celebrities, Tara Strong and her long-time partner, Craig do not hide their kids from the public eye. People often can see the photos of Tara Strong’s son on their social media sites.

Sammy is available on Instagram with the name Sam Strong where he has over 1k followers as of now. His fans are likely to increase in the coming days, together with his popularity in the American Entertainment Industry.