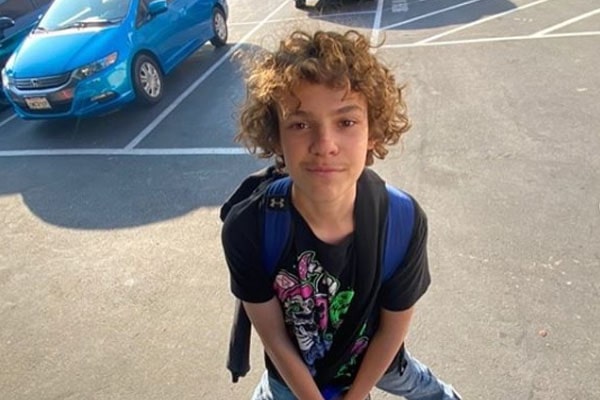 Jack Black is a brilliant actor, comedian, singer, songwriter, and now a YouTuber. As for his family, he married his wife, Tanya Hayden in 2006. The lovely couple is blessed with two sons, Samuel Jason Black, and Thomas Davis Black. Jack Black’s son, Samuel Jason Black was born on June 10, 2006, in Los Angeles.

He is Jack and his wife Tanya’s eldest son, and they were delighted to welcome their first child. So, let’s not waste a second and get back to know more about one of Jack Black’s children, Samuel Jason Black.

Samuel ‘Sammy’ Jason Black is very talented and creative. In Dec 2019, Jack Black told PEOPLE that his sons Sammy and Thomas made ‘Short Films’ on their phones. He even said that he was very proud of his boys. It’s an incredibly creative thing to make short films just from a smartphone.

“They’ve been super creative lately. They both have made cool little short films on their iPhones. I [am] so proud and grateful for my family.”

No wonder Sammy and his younger brother, Thomas Davis, have a great sense of humor. Both of their talents and creativity will perhaps make them stars in the coming years. Jack Black is undoubtedly going to be helping his kids to sharpen up their skills no matter what.

Jack Black’s son, Sammy, has an Instagram account with over 101k followers. It probably took him years to gain such a huge number of followers. If you go through his Instagram posts, he seems to be creative at making hilarious and funny memes as well. Similarly, he frequently posts photos of him with his family and friends too.

Sammy also has a YouTube channel called ‘SammyBlack‘ and has several YouTube videos. Although he has fewer subscribers, he is certainly enjoying it.

Jack’s kid is surely talented as Sammy already has such massive Instagram followers at a young age and has great ideas to make cool memes and post it on Instagram too.

Sammy’s Life Seems To Be Splendid

Sammy’s dad, Jack Black has a staggering net worth of $30 million. It looks as though the boy is living a splendid and luxurious life. He loves spending time such as hanging out with his family like going to exciting places, holiday destinations, and vacations.

The Black family also love hanging poolside and make a nice day off. Hence, Sammy is seemingly living the happiest days with his parents and brother.

The name Samuel is a surname of Hebrew origin, meaning ‘name of God’ or ‘God heard.’ Similarly, Jason came from Greek Ἰάσων (Iásōn), and refers to ‘healer.’