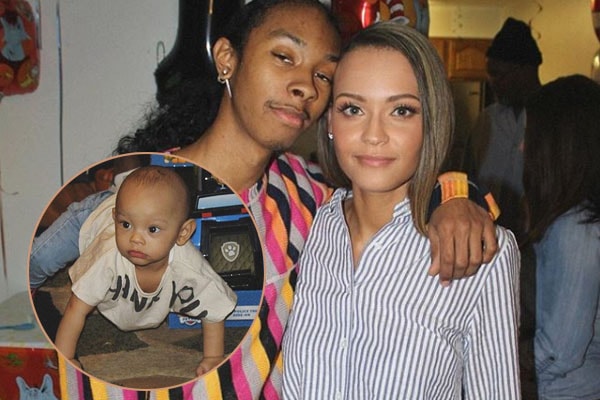 Sane Jahmore Lopez is the first born son of Rayan Lopez and MJ’s cousin, Jahmia Jackson. The cute Sane was welcomed into the world by his parents on the 14th of May, 2017. Just a couple of months ago, he celebrated his 1st birthday.

Rayan Lopez aka Ray Ray is an American rapper and was a member of the boy band Mindless Behavior. Ryan left the band in September 2015, in order to pursue his career as a solo artist. The group was disbanded in 2017. Whereas Jahmia Jackson/Sutherland is the cousin of “The King of Pop” Michael Jackson.

It was the first time for both Rayan and Jahmia to know the pleasure of being a parent when they were blessed with son Sane Jahmore Lopez. The American rapper Rayan announced his bundle of happiness by posting a photo of sonogram with a caption “A touch of love.” But later on, was removed.

Since Rayan aka Ray Ray is just 22 and now has a bay bay and is a father, many people are criticizing him for being too young to carry the responsibility of being a father. But looking at Rayan’s Twitter feed, he is happy and doing great as a father.

My son, Sane Jahmore Lopez is one years old. Since the moment he’s taken that first breath it has been a medley of love, joy, sacrifice, and growth. It’s completely worth it because I’ve help raise a healthy free spirited baby boy. I love you son with everything in my being. pic.twitter.com/XBnGpIkaiv

Having the genes of a rapper father and a gorgeous mother, it will be no surprise that Sane Jahmore will grow up into a fantastic man. He is too young to decide on a career at the moment, but Rayan Lopez’s son Sane Jahmore will have plenty of options to choose from.

If Michael were still alive, then he’d have been a happy man to see his young nephew and Jahmia Jackson’s son Sane Jahmore Lopez. Jahmia also has good bonding with MJ’s daughter Paris Jackson.

For the time being the small family is happy and little Sane Jahmore is enjoying every bit of it.

The name Sane appears to be derived from a Marathi word ‘sana’ which means small.