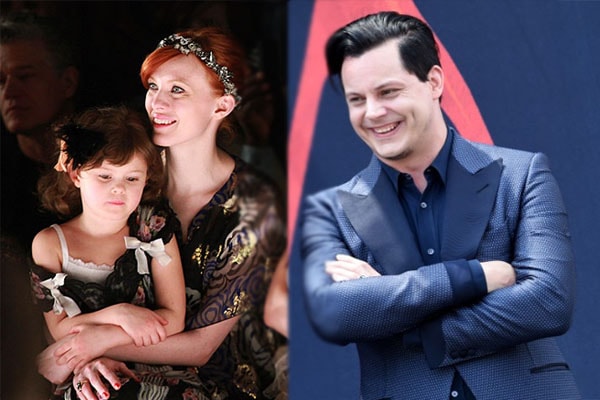 The garage rocker, Jack and his former supermodel wife, Karen Elson met in the year 2005 and eventually walked down the aisle on June 1, 2005. The romantic pair, Jack and Karen share two wonderful children- Scarlett Teresa and Henry Lee. Despite being together for over five years, the relationship between the ex-lovebirds ended in June 2011.

The only daughter of the family, Scarlett shares a strong bond with her family, and the relationship is admirable. According to the proud mother, her life has had a beautiful new meaning ever since the birth of her daughter. Karen describes her daughter as an incredible young lady, and it’s a joy to be her mother because she teaches her something new every day. However, White is protective of his privacy and gives very few details of his family life even going as far as disseminating false information. Despite limited information about the baby girl, it is certain that the father-daughter have an intimate bond.

Only Daughter of White and Elson

The eldest daughter and the only daughter of the family, Scarlett, was born on 2 May 2006. However, little Scarlett is not the only child in the family and is big sister of Henry Lee White. The relationship between the siblings is strong, and the brother-sister duo is inseparable.

The former lovebirds, White and Elson, are still on good terms and are trusted friends despite their divorce. The soulmates feel fortunate for the time they have shared together watching their children grow. Furthermore, the pair threw a bizarre divorce party in honour of their everlasting friendship and to celebrate the past and future.

The name Scarlett is a feminine name for a baby girl. The feminine name is from an English surname. The name “Scarlett” has an occupational meaning referring to a person who sells cloth of scarlet.

The name “Teresa” is a famous feminine name of uncertain etymology. However, the name is generally believed to be derived from the Greek “theriazen”. The word “Teresa” means “to reap” or “to gather in” and “Teresa” takes the definition of “harvester”