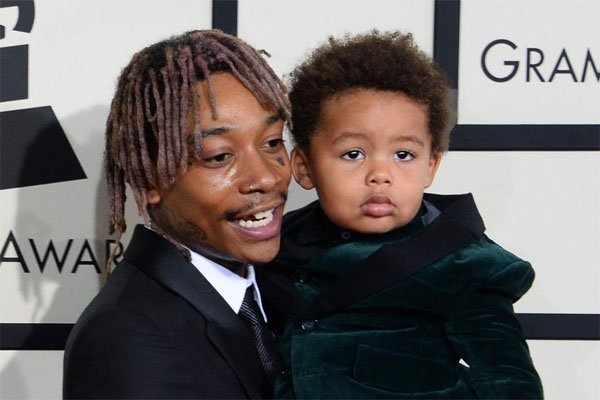 Sebastian Taylor Thomas, Wiz Khalifa’s son with his ex-wife, Amber Rose was born on February 21, 2013. His dad, Wiz Khalifa is one of the greatest rappers of all time. And his mother is an American model as well as an actress. The adorable Sebastian is very lucky to have such talented people as his parents.

Sebastian spent his early years in Los Angeles and Canonsburg. He loves both of his parents and likes to spend most of the time with both Wiz Khalifa and Amber Rose. Even though Sebastian’s parents divorced each other in 2016, both of them support him and loves him infinitely.

Sebastian Taylor Thomas is blessed with lots of love from his parents. The cute boy loves to be around his dad and mum. He goes shopping with both of them at times. He has even gone to Disneyland with his father and probably had lots of fun.

Similarly, Sebastian goes to many parties with his dad. Also, he has attended great award functions as a companion with Wiz Khalifa. Maybe he has got everything that he has ever wanted.

Being the child of one of the best rappers, Sebastian is awfully having the best of his life. As of 2019, Wiz Khalifa has an estimated net worth of $45 million and Amber Rose’s net worth is estimated to be around $15 million. So, obviously, Sebastian’s wishes must be getting fulfilled by his parents.

Sebastian’s Mother, Amber Rose Is In A Relationship With Alexander Edwards

Amber Rose has been dating Tyga’s best friend, Alexander Edwards aka AE since October 2018. They fell in love with each other after Amber Rose’s divorce with her ex-husband, Wiz Khalifa. She stated that he is sweet, smart, talented, charismatic and overall just an amazing man.

Recently, Sebastian’s mum posted a photo via Instagram announcing that the couple was expecting their first child. The couple is still not married yet. But maybe they are intending to get married soon enough. It’s good news for Sebastian Taylor Thomas as he is soon going to be an elder sibling.

The word Sebastian’s origin is from the Latin word ‘Sebastianus’ and it means ‘From Sebaste’. The word Taylor is an English name that means ‘Cutter of the cloth’.