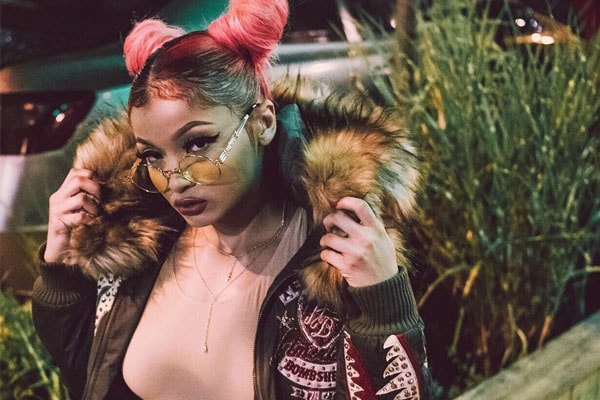 The American rapper and songwriter, Charlie Baltimore’s daughter, Siaani Lane was born on January 30, 1995. The youngest daughter of Charli is the little sister of the beautiful aspiring model, India Lane.

The proud mother of two wonderful girls- Sianni and India, has never tied the knot with anyone. Despite giving birth to her children at a very young age, Charlie has never revealed the name of their father(s).

The American rapper Charlie Baltimore’s daughter is all grown up and looks exactly like her stunning mother. The signature red fiery hair was sure to leave a mark in the hip-hop business. Likewise, the youngest daughter of Charli, Siaani has not just taken over her signature styles and personality but also her hairstyle. The beautiful Siaani looks stunning, and the uncanny resemblance of young Sianni with her mother has left the fans stunned.

The 90s hip hop Queen Charli Baltimore’s daughters are talented young girls and have accomplished on the profession of their desire. The look-alike daughters, Siaani Lane and India Lane, have a strong bond together and are traversing the road to stardom.

The stunning now 24 years old Siaani had a massive 22nd birthday celebration in the year 2017. The youngest daughter and little sister of India Lane, Siaani, took a private loft in Philly for her grand 22nd birthday. The redhead beauty had a house-party themed birthday party, and the budding DJ took the turntables herself. Besides that, the party was also attended by the famous mom of two, Charli Baltimore.

Siaani is also a DJ

Despite never achieving mainstream success, Charlie was one of those few female emcees who was worth a record deal. Likewise, the young daughter, Siaani is following her mother’s footsteps and is making a name for themselves in the business. Young Siaani is stirring up the fashion and music industry as a professional makeup artist as well as a DJ. According to Siaani, Charlie is the motivation for her and also describes her mother as the true definition of a hustler and businesswoman.