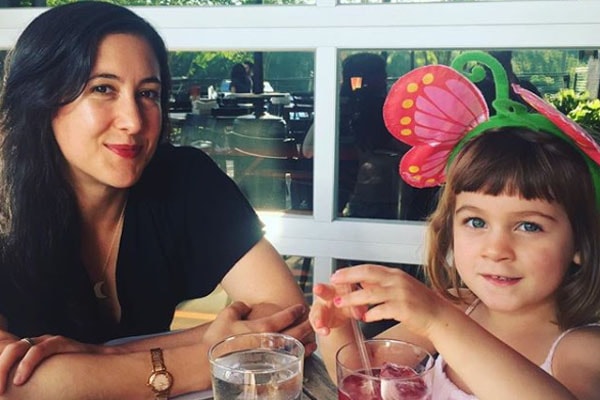 John McCauley and Vanessa Carlton‘s daughter, Sidney was born on January 13, 2015, weighing in at 8lbs 1oz. Her full name is Sidney Aoibheann Carlton-McCauley.

Moreover, Sidney is the first child of the duo. Her parents Vanessa Carlton and John McCauley got married on December 27, 2013.

The A Thousand Miles singer had revealed about her pregnancy to her fans and followers through her Facebook page. Besides, at the time she was recording album Liberman. In the post, Vanessa showed a very visible baby bump and told fans why she couldn’t release her album on the promised date. Vanessa also joked that it wasn’t just a ‘bunch of croissants’ but a healthy and moving baby.

Vanessa’s well-wishers were keen to congratulate the to-be mother and also wished her all the best as she began her journey to motherhood.

On June 13, 2015, the ecstatic duo announced the birth of Sidney through their respective social media pages.

Proud father John McCauley captioned the selfie, ‘Sid The Kid’ as he held her in his arms in the operating room.

Being born in a family where both the parents are musicians, we are yet to see whether Sidney Carlton-McCauley would choose the same profession for herself.

Musician John McCauley of the band Deer Tick and singer-songwriter Vanessa Carlton married on December 27, 2013. There is not much information on how and where the duo met. But it can be assumed from their similar backgrounds that they could have met through it. John McCauley used to partake in heavy drinking and drug use before settling down with Vanessa. Ever since their daughter Sidney Aoibheann Carlton-McCauley was born, McCauley has been sober mostly and drinks only occasionally.

Vanessa Carlton’s daughter, Sidney Carlton-Mccauley does bear a striking resemblance to her mother! We wish the family of three all the happiness in the world.

The name meaning of Sidney is “Wide Island: south of the water”.