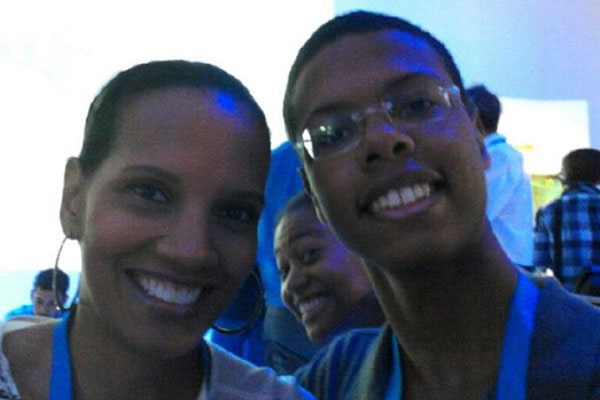 Shari Headley is a former model and actress of American nationality. She came into prominence for her role as Lisa McDowell in the American romantic comedy film, Coming to America. She has also acted in various movies and soap operas like On Becoming a God in Central Florida, All My Children, and Towelhead, among others. Besides acting, Shari is also popular for her modeling ventures, which she did at the beginning of her career.

There’s no doubt that Shari has accumulated immense fame and wealth from her career as an actress and former model. The beautiful actress is a doting mother of her child, Skyler Martin, with her former husband, Christopher Martin. So, let’s learn more about Shari Headley’s son, Skyler Martin, and his whereabouts.

As stated earlier, Christopher and Shari have a child together. In their marriage of two years, they welcomed a son, whom they named Skyler Martin. Christopher and Shari’s kid was born in April 1994, one year after their marriage. Both the parents prefer to keep their personal life away from the media and limelight, due to which much information about Skyler is not revealed.

Nevertheless, Skyler Martin, Shari Headley’s son with Christopher Martin, has grown up and is doing great for himself.

Shari Headley’s son, Skyler Martin, is the creator of the cartoon Skyler & Friends. The cartoon collection consists of several characters like Skyler, Stuffles & Murphe, Aaron, Kiana, Melody, Hector, Abigail, EJ, Skyler’s Mom, Nana (Skyler’s grandmother), Jodi, Willow, Tyler, Erika, and Woody. In December 2018, they had set up a booth at the Atlanta Comic Convention, where they sold limited edition sticker sets and a copy of the Panel-to-Panel Collection.

Skyler’s mom supports his work and encourages him to do better.

Skyler Martin’s parents, Christopher Martin and Shari Headley, shared a blissful marital life for a brief period of time. The former duo met in 1991 at a party but did not date each other until the following years. In 1993, while on a dinner date, Skyler’s father Christopher proposed to his mom, and shortly after that, they exchanged the vows in an intimate ceremony.

Aforementioned, one year after their marriage, the ex-couple welcomed their son, Skyler. However, Skyler’s parents’ marriage could not last long. They divorced each other in June 1995, and details regarding spousal and child support were kept hidden from the public. However, in 2001, two Long Island judges ordered Christopher to resume paying $159 a week as child support to his son. Furthermore, it was revealed that he owned $42,000 in back payments. During the hearing, the Coming to America actress also revealed that she raised her son as a single parent without the help of her ex-husband.

Skyler Martin has gained fame as the son of famous actor-rapper Christopher Martin and actress Shari Headley. Despite the fame and recognition, Skyler’s parents prefer a private lifestyle away from the media and limelight. Like his parents, Skyler also seems to prefer private life as he does not have any social media presence. Nevertheless, he must be living a happy and comfortable life.

Has A Great Bond With His Sibling

The Martin family is very private. However, we hope to know more about Skyler Martin and his career choices in the coming days.

The name Skyler is derived from the Dutch name Schuyler, which means scholar.