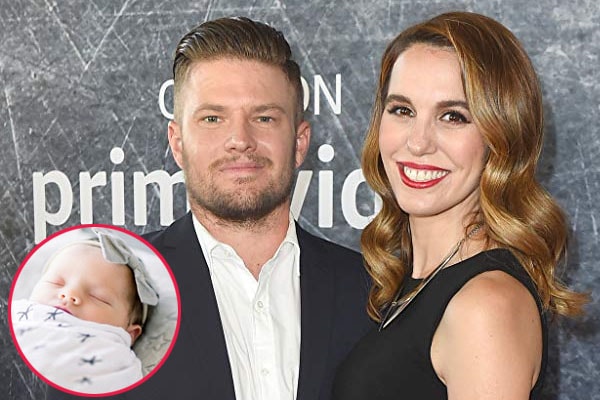 Sophia has an elder sister named Isabella Victoria Rooney who was born in December 2016. Her dad Rooney is a writer-producer. Sophia’s mother Christy was studying at Bernard College when she met Rooney and in 2013, they got married.

Christy’s daughter, Sophia who is barely a month old has already captured the heart of every fan. She seems to be a lovely daughter who looks admirable and watching her grow in the near future will be a real delight. The couple shared the first baby picture through Christy’s Instagram, and her sight was overwhelming.

Since the moment of the couple’s excitement with their second daughter, they often have been sharing the pregnant picture which took media in anticipation to wait for her birth. However, the adorable Sophia couldn’t miss taking possession of everyone’s heart after she was welcomed.

A post shared by Christy Carlson Romano (@thechristycarlsonromano) on Mar 5, 2019 at 6:22pm PST

Profession and the mother’s life makes a huge difference in a woman’s life, and there isn’t any more challenging than being a mother. Christy has been mother twice with two cute daughters. No one would know this better than any mother, how difficult it is to raise a child and Christy knows it better than any. She took to her Instagram stating if she got even a few minutes sleep, it would be great. She was pledging her pretty baby. It looks Christy doesn’t get enough rest. She surely needs a babysitter if they don’t have one.

Sophia Elizabeth Would Be Great Sister For Isabella Victoria

As much as we are excited, Sophia Elizabeth’s sister Isabella must have felt the same way. Isabella is only two years old, and she probably must be feeling strange about this new member. Up to now, Sophia hasn’t taken any picture with her sister. But Christy and her husband, Rooney expressed their gratitude through Instagram for making their daughter Isabella a big sister. They can’t wait to see these girls growing up together.

Sophia is a Greek word. It means wisdom and skillful. The name Elizabeth is also taken from the Greek word meaning God is satisfaction.