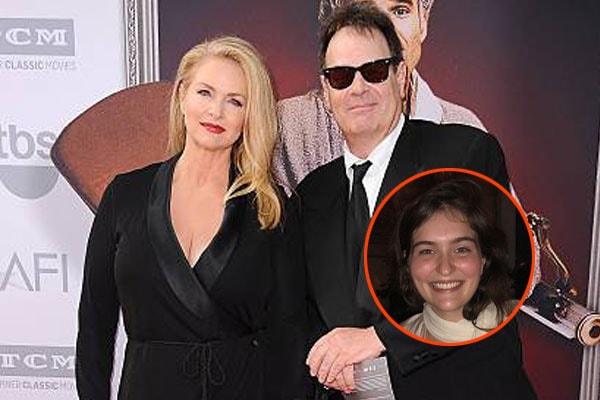 The comedian Dan Aykroyd‘s daughter Stella Irene August Aykroyd was born on April 5, 1998. Dan and his ex-wife Donna Dixon who married in 1983 welcomed Stella as their third child together.

Stella is the youngest among all three children of Dan and Donna. She has two older sisters Danielle Aykroyd who was born in 1989 and Belle Kingston Aykroyd born in 1993.

Much like her sister Belle, Stella also loves animals and particularly dogs. The Aykroyd sisters feel connected with the animals, and nothing is cuter than that. She has her Instagram full of pictures of her adorable puppers. She is truly a dog lover and if you too are one then going through her Instagram won’t disappoint you!

The beautiful Stella has completed her high school, and maybe she is enrolled in a college now. She is close to both of her sisters Danielle and Belle and has been to various places with them. All of the Aykroyd girls are just as much regular like any other people. They are living a normal life enjoying each other’s company and doing what they love.

Stella’s oldest sister Danielle is a singer and a musician, and she goes by the stage name Vera Sola. Danielle has one of the best sisters who are very supportive of her passion, and they are always there for her to give a shoutout. While Danielle has already figured out her aim, we are yet to know what the other two Aykroyd sisters Stella and Belle are planning to do. But it pretty much seems like they are not so interested in following their father’s footsteps into the entertainment industry.

Sadly, Stella Irene August Aykroyd’s dad and mom split in May 2022. The couple shared that they would remain legally married, co-parents, and business partners. It must have been difficult for Irene and her siblings to go through their parents’ separation. But, let’s hope the Aykroyd siblings might have made peace with the situation in the future.

Stella is a name for a girl child whose Latin meaning is a star. The name Irene is the derivation of the Greek Eirene which means peace. Similarly, August originates from the Latin Augustus which means to increase.