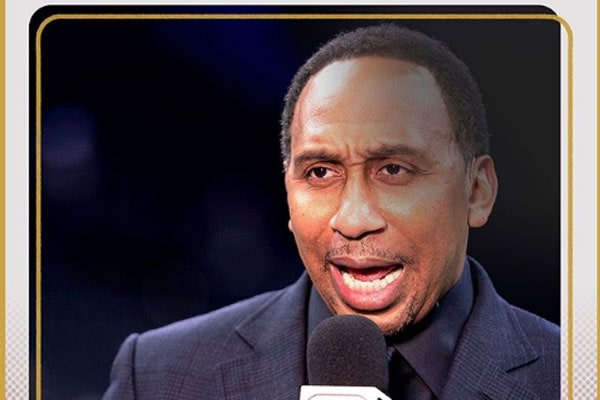 Stephen A. Smith is the father of two daughters with his baby mama. Image Source: stephenasmith/Instagram.

Stephen A. Smith is an American sports television personality and sports enthusiast. He is a sports radio host, sports journalist, and actor. Well, he is also a commentator on ESPN’s First Take with Max Kellerman and Molly Qerim.

Talking about his personal life and family, Stephen A. Smith is the father of two daughters. However, the sports journalist tends to remain quiet about his daughters in the limelight. He had his daughters with his baby mama, who is also a complete stranger to the world.

But, we may know something more about Stephen’s daughters that you had no idea. So, stick with this article to know more about his daughters.

Stephen A. Smith’s Daughters Are Far Away From The Spotlight

The only thing Stephen A. Smith revealed something about his family is that he is the father of two daughters. The sports TV personality prefers to be confidential about his personal life and relationship matters.

Similarly, Stephen has been tight-lipped about his daughter’s names as well. It looks like he is very concerned about his children. Or it could be that Stephen A. Smith’s daughters are not interested in showing up on screen and cameras.

The First Take commentator also stated to GQ that his daughters were 11 and 10 in Dec 2019 with one year apart in age. He had a close relationship with his mom Janet Smith, but she died of cancer on June 1, 2017. So, he said that his daughters are the only source of hope in his life.

Well, Stephen does not let his two daughters watch him do his thing every day on ESPN. He said that they have to get permission to watch him. When asked what the reason was behind it, Smith said, “Because I might wanna go off.”

Nevertheless, he allowed his little girls to watch his performance when he listed his top five most annoying people in sports.

My top 5 most ANNOYING people in all of sports… don’t miss #1 🙂 pic.twitter.com/YvwBVnqSXu

So, there are certain rules for Stephen A. Smith’s daughters if they want to watch their dad on the ESPN program. Perhaps, his daughters are following the rules by getting their daddy’s permission.

Stephen A. Smith hasn’t spilled any information regarding his baby mama. She is still a mystery to the world. He has never gone public with his personal life and relationship but keeps it very private. Stephen is still single as of now.

However, he was once engaged to a woman whose identity is still vague. But the relationship ended between the two after a period of time. Rumors were also that he was dating a lady who accompanied him to Steve Harvey Foundation’s annual gala in 2011.

Besides that, he rarely posts photos of his daughters or baby mama on his social media such as Instagram and Twitter. So, in all, we can see that Stephen A. Smith is very private when it comes to his daughters and his baby mama. Plus we must appreciate how he has been able to keep them away from the media and how he has been successful in keeping his personal life private.