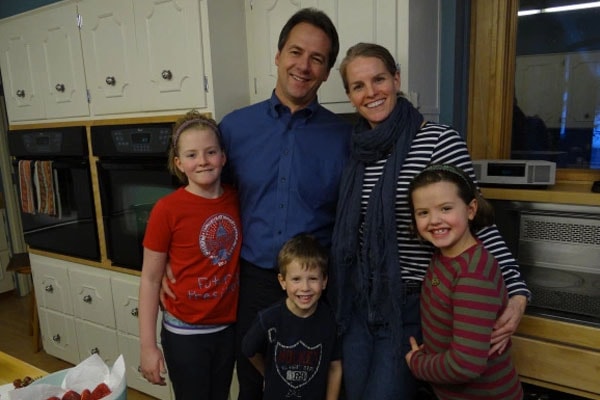 The American politician and lawyer, Steve Bullock is a proud father of three children. Bullock has got two beautiful daughters and a handsome son. The names of two daughters are Caroline Bullock and Alexandria Bullock and his son’s name is Cameron Bullock.

Steve Bullock has been married to Lisa Bullock since 1999. Mrs. Bullock is currently working as a research and development manager for Court View Justice Location. The romantic duo raised their three children together. Let’s glance at the life of all the children of Steve Bullock.

Steve Bullock And His Wife Lisa Bullock Have Three Children Together

As mentioned earlier, Steve and Lisa have three children, consisting of two daughters and a son. Earlier in Lisa’s career, she was an enthusiastic athlete and had worked as a coach for children’s basketball teams. It seems obvious that the parents of Caroline, Alexandria, and Cameron are doing the best they can to raise their children in a good environment at all cost.

Hope everyone is able to get outdoors this weekend and take advantage of #NationalParksWeek. Happy trails! pic.twitter.com/mQCvq4px1n

As of 2019, the eldest daughter Caroline is 16 years old while her siblings Alexandria is 14 and Cameron is 12 years of age. However, it looks like the Bullock family doesn’t want to share their personal space with the media yet.

The Three Children of Steve Bullock Seems To Enjoy Weekends

Bullock’s three children seem to enjoy weekends and vacation with their parents. The 53-year-old father Steve loves taking his children out on a family trip and vacations.

“When you are a father of three, being an optimist is preety much required. Luckily these guys do not make it very difficult.”

According to MTPR NEWS, Caroline, Alex, and Cameron Bullock are given their own rooms, with their own bathrooms in the Governor’s mansion since 2013 when their father Steve became the 24th Governer of Montana. The Bullock family currently resides in Montana and seems very much cherish and alive together.

Alexandria Bullock: Alexandria is the feminine of Alexander, which gives the meaning of the Defender