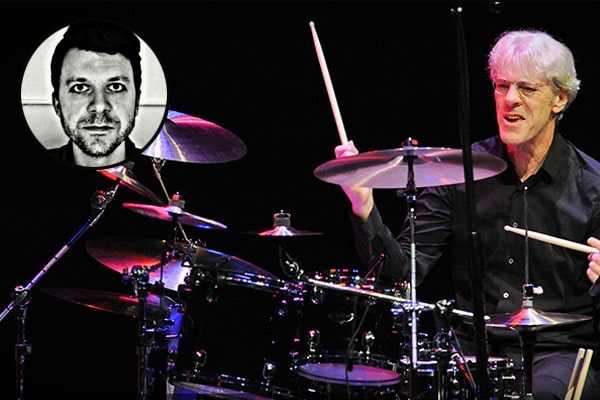 The former drummer for The Police, Stewart Copeland is an American musician and composer. He was previously married to Sonja Kristina from 16 July 1982 to 1991. They share two children together Jordan Copeland and Scott Copeland. Stewart also adopted Kristina’s son Sven Copeland from a prior relationship. Later on, the couple separated and Stewart married Fiona Copeland, now the couple has three kids together Eve Copeland, Dylan Copeland, and Celeste Copeland. Furthermore, Stewart also fathered a son, Patrick Copeland, with Marina Guinness.

Stewart Copeland’s son Jordan Copeland is a director and editor. Unlike his father, he has chosen a different path in life, a path that took him straight to cinematography. There are many short movies and documentary credited under his name. He is also a married man. Jordan lives a quiet life outside the limelight with his wife. So, let’s get to know more about Stewart Copeland’s kid.

Stewart Copeland’s son Jordan Copeland directed 2008’s Better Than Therapy. He directed the 50-minute bonus feature which included detail regarding The Police reunion and the behind-the-scene interview. It was a bonus from the double DVD version of The Police Certifiable.

Furthermore, according to Jordan’s LinkedIn page, he is a freelance editor for a wide range of broadcasters and commercial clients. He has worked for many big companies including BBC, CNN, National Geographic, and many more. He is also a Director & Editeur in the Tentacle Entertainments Network/ TENENTNET.

Stewart Copeland’s son Jordan Copeland had a magnificent wedding despite the challenging weather. The legendary drummer was more than happy to be among the supporting member on one of the proudest moments in his life. Jordan and his wife Ami met through a mutual friend. They were studying for their A-levels as Ami was at Wycombe Abbey School and Jordan was at Rugby School.

Jordan Copeland’s wife Ami Copeland worked for a Channel 4 website called Bite. He proposed his beau by giving an antique teapot in place of a ring at first. Later on, he proposed her properly with a specially-made diamond ring in the middle of the Waterloo railway station.

Furthermore, during the wedding, Jordan’s father-in-law Garry was very much delighted and he escorted his daughter in a 1956 Rolls Royce. Nine bridesmaids and nine ushers accompanied Ami and Jordan. The maids were wearing blue dresses and the men wore a blue corsage to go with their top hats and tails. The guest at the reception enjoyed a five-course meal and live music.