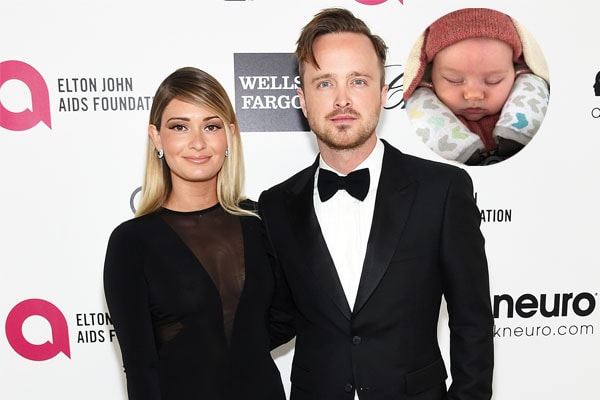 Aaron Paul Is A Happy Dad

The 9th Life of Louis Drax star Aaron Paul is one of the happiest dads in the world. He cannot resist sharing pictures of his adorable daughter Story Annabelle Paul in social media.

The American actor said that there are no words that will be able to explain what was happening to his heart as a caption while announcing the birth of his baby.

The couple was married on May 26, 2013, and announced that they were expecting a child in September 2018. The Path star wrote, look what I did alongside a photo which featured Lauren cradling her baby bump. Aaron Paul stated that nothing could be compared to his excitement when his bundle of joy was born. It seems like Aaron Paul cannot resist pouring love towards his little princess.

As soon as Aaron Paul and Lauren had their baby daughter, the Need for Speed star could not resist sharing his joy with the world. On his appearance in The Tonight Show Starring Jimmy Fallon, Aaron Paul shared the incredible meaning behind his daughter’s name.

She purrs when she eats popsicles. Okkkkkkkkk 😫

The inspiration goes back to the couple’s first date. Just like a romantic-comedy Aaron and Lauren first met at Coachella and went for their first official date in Las Vegas.

Aaron and Lauren had dinner and went to the actor’s old car which he had bought in Vegas. The adorable couple purchased a leather jacket for their future baby on their first date. The couple went to the chapel to tie the knot, but unfortunately, the chapel was closed.

Aaron Paul further explained that the unfortunate event was a sigh that they should wait. The same day they took $200 and won 16 grand on blackjack.

As their story is just like an amazing fantasy, Aaron and Lauren named their daughter Story. The name Story represents how Aaron and Lauren met which will blow everyone’s minds for all of eternity.

Whereas Annabelle is a variant of Amabel probably which is influenced by Anna means graceful or favor. The name comes from Latin and Greek roots. Belle as a part of the name Anabelle means beautiful in French.

Paul is the legal surname that Story got from her father, Aaron Paul.  The name Paul has originated from the Roman family name Paulus. It means small or humble. The name became famous after the renown of  Saint Paul. Some early saints and six popes bourne the name.